Victoria’s City Council has voted in favour of the development of a new tiny-homes village in the parking lot across from Royal Athletic Park.

On Thursday, at a committee meeting, Mayor Lisa Helps and city councillors unanimously supported the concept, which would build 30 tiny homes out of 15 shipping containers in a city-owned parking lot on Caledonia Avenue.

Equipped with communal washrooms and showers, the tiny-homes village would be a temporary development aimed at helping people — currently sheltering outside in the provincial capital — transition into stable housing.

The concept came to light in December 2020, however, at that time, local developer Aryze and the Greater Victoria Coalition to End Homelessness were looking to raise 500,000 dollars through crowdfunding in order to build the shipping container village.

Now, the concept is inching closer to reality.

Each micro-unit will have a floor size of around 100 square feet and will be equipped with a bed, desk, wardrobe and fridge. Electricity will be set up in each unity, however, there will be no cooking capacity.

Meals will be delivered to residents from onsite staff and the plans indicate a common area that can be used to cook and reheat food.

Our Place Society also announced on Monday that it would be an operational partner on the project, managing the site 24/7.

With the council’s unanimous vote, the next step of the process rests in the hands of the public.

Residents of Victoria will have a chance to express their opinions about the tiny-homes village on Thursday, March 18.

If the project is greenlit, the tiny-home village could be developed and welcoming residents as early as the end of the month. 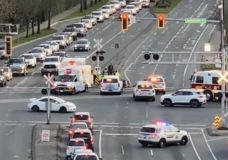 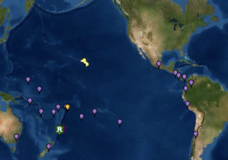