Mounties are warning residents after a cougar was sighted in a Duncan neighbourhood Thursday night.

Officers searched for the animal but couldn’t find it. Its direction of travel was not known.

The cougar didn’t encounter or threaten anyone, but Mounties are still asking people living in the neighbourhood to be vigilant.

Cougar encounters with people are rare, but they do happen, Cpl. Chris Manseau of BC RCMP said in a statement.

Although cougars normally avoid a confrontation, they are unpredictable. If you encounter one, stay calm, and always give a cougar an avenue of escape.

BC Conservation Officers were made aware of the sighting. 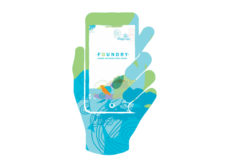