Posted: Feb. 26, 2020 6:38PM
CHEK
WatchHerring boats are beginning to fill mid-Island harbours in advance of a fishery opening that could come any day. The annual herring harvest is a massive and swift fishery that opens for only days each spring yet as Skye Ryan reports, a movement is underway to stop the fishery.

Anticipation is growing in French Creek’s harbour as herring boats began to fill it Wednesday ahead of the fishery opening.

The opening could be any day. Fisheries and Oceans test boats have already recorded herring returning to spawn.

“Could be any minute now, you know Mother Nature is temperamental,” said Captain of the Pender Isle Jason Roberts.

“I’m a third-generation [fisherman] and I love it. I came back to do it and here I am and herring fishing means a lot to us.”

Roberts is one of the hundreds waiting anxiously to start fishing.

A group is organizing against the herring fishery as well, due to declining salmon stocks and the dire state of the southern resident orca population.

Herring Aid is planning a rally to oppose it on Sunday in Qualicum Beach.

“It once was a celebration and we all enjoyed watching the fish boats and the fishers go out,” said Herring Aid member Sheri Plummer.

“And I think at some point we realized that this was not sustainable.”

“I think DFO is failing us in this instance,” aid Herring Aid member Rich Ronyecz.

“They’re not using precautionary measures to protect chinook salmon, and the orcas and their food supply which is herring,” he said.

Since the salmon fishery was so dismal in 2019, both sides of this debate say the stakes in the herring harvest are higher than ever.

“Family at home depends on it,” said Roberts.

“Got a lot of skin in the game and if the fishery doesn’t happen, I might lose everything.” 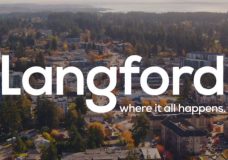 'Where it all happens:' Langford's new slogan points to even more development 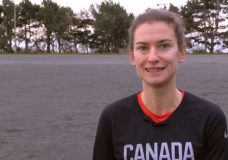 'It would be very special to bring home a medal on home soil': Victoria runner aiming for Pan AM XC gold