‘It would be very special to bring home a medal on home soil’: Victoria runner aiming for Pan AM XC gold

Posted: Feb. 26, 2020 6:51PM
CHEK
WatchGenevieve Lalonde has represented Canada on the Olympic stage and will be one of the favorites heading into Saturday's Pan Am Cross Country Championship at Bear Mountain in Langford.

Some of the western hemisphere’s best distance runners are heading to Vancouver Island.

This Saturday, Langford’s Bear Mountain is hosting the 2020 Pan AM Cross Country Championship. Olympian Geneviève Lalonde, coached by Stellingwerff, is among the favourites to reach the podium.

“I would consider myself a mudder,” said Lalonde.

Gen Lalonde is familiar with messy and difficult terrain. She won Pan Am gold for Canada in the 3000-metre steeplechase last year in Peru and was also the first Canadian woman to advance to an Olympic steeplechase final at Rio 2016.

“Every time you put the Canadian singlet on, it’s kind of like putting on a superhero suit. You put it on and suddenly you feel really good and got kind of those magical powers of just wanting to perform,” Lalonde said.

The 28-year-old moved to Victoria in January 2020 with her fiance and says she’s found running heaven.

“I mean the community’s great, the weather is amazing, the views are spectacular. Even in the rainy days of January we are just running every day and being able to run in the trails,” Lalonde said.

Another reason the Moncton, New Brunswick native moved to Victoria was to work with the Island-based coach and two-time Olympian Stellingwerff.

“She’s got so much expertise,” said Lalonde. “Having been to the Olympics twice, having faced a tonne of adversity and now being the head coach of the University of Victoria. It’s been great.”

Lalonde’s goals include another trip to the Olympic games this summer in Tokyo. The reigning national cross country champion is ready to bring it at Bear Mountain.

“Gen is definitely one of the favourites,” said Stellingwerff. “This course suits her well. It’s gritty and hilly and last year at the World Cross Country Championships, that was a similar course and she did very well.

“It would be very special to bring home a medal on home soil,” said a smiling Lalonde. “I’m definitely, really looking to be in that top group and bring home a title for sure.” 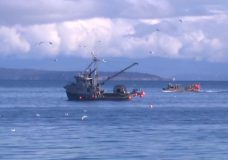 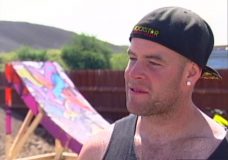