WATCH: A couple in Cobble Hill will be honoured for their incredible fundraising efforts in the fight to end a disease that affects thousands of Canadians. Ceilidh Millar reports.

Darcie and Kevin James say 2001 was the year everything changed for them.

“I got up in the morning and I was numb,” said Darcie. “I couldn’t feel part of my arm and my hands.”

It was the year they not only got married and moved to Cobble Hill, but it’s also when they received news of a devastating diagnosis.

“The doctors said I had MS and I couldn’t believe it,” Darcie explained. “We were just married and I was just starting my life with Kevin.”

“We had no idea what to expect when Darcie was first diagnosed,” Kevin said.

According to the MS Society of Canada, there are more than 100,000 Canadians currently living with the disease.

“Canadians live with MS far more often than anywhere else in the world,” said Katie Ganassin with the Vancouver Island division of the MS Society of Canada. “The disease is unpredictable.”

Instead of being defeated by the diagnosis, the James’ saw it as a way to make a difference.

“We came up with an idea to play a 24-hour soccer game fundraiser,” Kevin said. “However, we decided to rethink that because that was going to be too long.”

So they opted for a ten-hour game instead, a marathon soccer match fundraiser held every June in the Cowichan Valley called MS Kick for the Cure.

“The soccer community just jumped on board and supported us right from the get-go,” Kevin said.

Over the years, the couple has raised more than $1-million through their fundraising efforts to help advance MS research and support services.

“It’s amazing to have the support that I’ve had and for what we’ve started,” Darcie said. “It is so wonderful.”

“I believe the event has done so well because of where we live and the people that live here in the Cowichan Valley,” Kevin said.

The MS Society of Canada will honour the couple’s fundraising efforts at the Women Against MS event on Nov. 22 in Vancouver, where the James’ plan to share their message of hope.

“There’s people out there to talk to and there is support,” Kevin said. “It’s important to know you’re not alone.”

To learn more about MS Kick for the Cure, visit their website.

For more information about the disease and support, call 1-844-859-6789 or email [email protected] to speak with a MS Navigator from the MS Society of Canada. 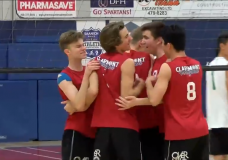 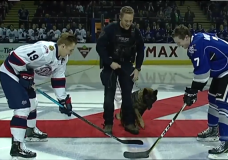