WATCH: Victoria-product Tanner Sidaway played the hero on Saturday, scoring the game-winning goal late in the third period to lift the Victoria Royals over the Regina Pats by a score of 2-1 at the Save on Foods Memorial Centre.

Sidaway, who spent the majority of last season with the Pats, scored just 1 goal in his 63 games played, but netted his second goal of the season in the win over Regina.

Royals netminder Griffen Outhouse stopped 17 of the 18 shots he faced, while his counterpart Max Paddock stunned the Royals offence on numerous occasions, making 25 saves in the loss.

Kaid Oliver also scored for the Royals, marking the 13th time he has rippled the twine this season. The Royals are now 11-6 on the season as they hit the road to take on the Vancouver Giants. 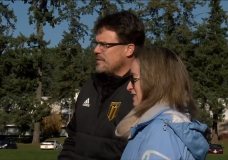 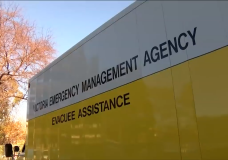 City of Victoria conducts earthquake response simulation, preparing for the 'big one'