Dashcam footage shows a scary moment for multiple vehicles on Highway 14 as an SUV veers across the centre line.

In the public Facebook group, “Meanwhile in Sooke”, Julie-Ann Woods posted a video that shows in a four-lane stretch of Highway 14, an SUV passes in the outer right lane.

The passing vehicle then gets closer to a car from behind and the driver turns on the left signal light, as the right merge lane is nearing an end.

As the driver of the SUV attempts to pass in the left lane, control of the vehicle is lost and it veers into the oncoming lanes.

The driver is able to swerve the vehicle back towards the right side of the centre line, just as four vehicles are coming from the other direction, narrowly missing a collision with the first two.

The out of control SUV eventually comes to a stop on the shoulder of the highway, taking out a road sign in the process.

CHEK News spoke with the driver of a white SUV that was almost struck in the oncoming lanes, who said if she had not turned her wheel at the last second, things would’ve ended very differently.

There were no injuries from the incident. 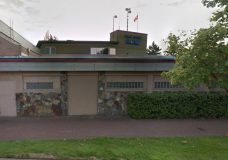 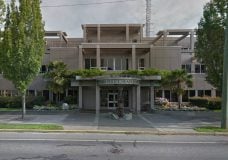 Victoria victim out $6,000 as fraudsters pose as bank members