Thirty days after the provincial election, British Columbia has a new minority government with Christy Clark as premier.

The NDP and Greens won a combined 44 seats in May’s election, to the Liberals 43.

And the two parties agreed to work together and defeat the Liberals in a confidence vote.

Until then, Clark says she is sticking to the rules and governing under the first minority government in 65 years.

“We should make sure we are going back to the rules that have governed these institutions for centuries,” Clark said. And that really is what provides our democracy with stability.”

The quiet, sombre atmosphere was different from the swearing-in of the NDP that same day. NDP Leader John Horgan was greeted by a standing ovation. 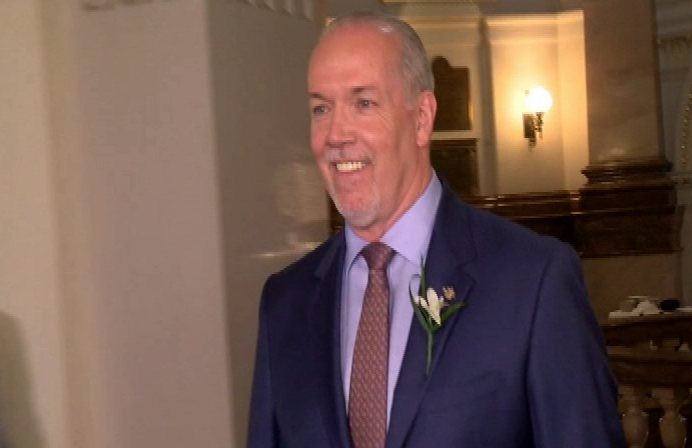 The legislature is back in session June 22nd.

With an agreement between the NDP and the Green Party, it’s a matter of time before the Liberal government falls.

Flanked by his 40 MLAs, Horgan said he’s anxious to get to work.

“It’s going to be six or seven weeks from the election before we know what’s going on. I think that’s too long, personally. But we are where we are. And our team stands ready, sworn in and anxious to get going.”

And the first order of business is a throne speech.

Meaning it may be end of June before there’s a confidence vote, resulting in a new NDP minority government. 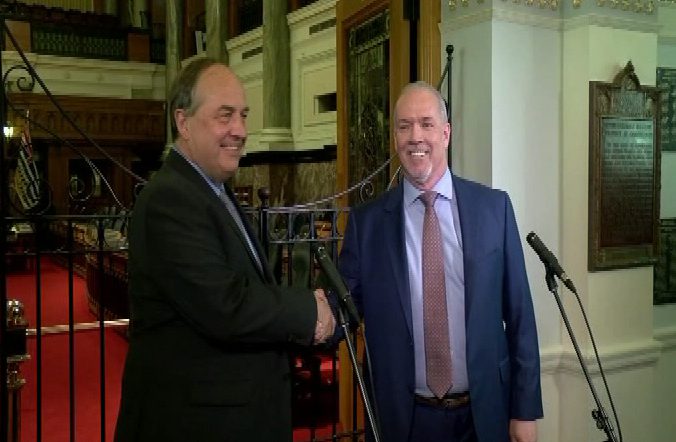 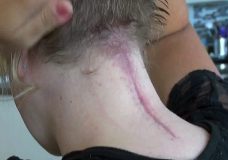 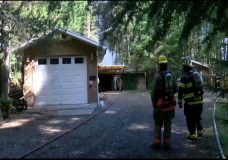