It’s been a Victoria Day highlight for more than 120 years and CHEK’s broadcast the Victoria Day Parade for the last six decades.

“The Victoria Day parade is so iconic to this city,” says CHEK parade producer Michael Woloshen. “It’s who Victoria is!”

But when the COVID pandemic meant this year’s parade had to be cancelled, it wasn’t going to stop us from carrying on this May long weekend tradition.

“The parade has been there every year, for 122 years, through wartime, through previous pandemics, and we wanted to be able to keep the tradition going in some way,” says CHEK general manager Rob Germain. “We wanted to bring the community together.”

“We initially talked about running last year’s parade again because we knew people would  want to see a parade and that’s where the germ of an idea started,” explains Woloshen. “Then we thought, why not do a retrospective of the last 10 years?”

That means all your favourite marching bands, dancers, pipers, military displays, big floats and much more!

Who could forget the time Jeff King became a human bike jump?

And everyone’s favourite Island comedy duo, Jeff King and Ed Bain, even have a special, top-secret surprise in the works.

“Ed and Jeff are planning a little something and it involves a little of construction and some paper flowers,” Woloshen hints. “Let’s just leave it at that.”

Viewers can also share their parade memories on social media as CHEK brings the community together on Victoria Day, just like we always have.

“This is a difficult time for so many people and we just wanted to do something positive to keep the tradition going.”

The Island Farms Victoria Day Parade Celebration Special will be broadcast on CHEK Monday at 9 a.m. You can also watch on CHEK’s YouTube and Facebook pages.

Live at 9 a.m. on May 18 : Join Stacy Ross, Joe Perkins, Jeff King and Ed Bain for a look back at some of the highlights of the Island Farms Victoria Day Parade in years past! 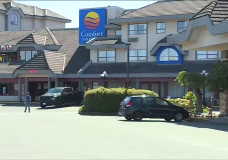 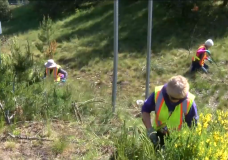