The Island Farms Victoria Day Parade scheduled for May 18 has been officially cancelled.

The Greater Victoria Festival Society made the decision to cancel the event after B.C.’s Ministry of Health ordered all events with over 50 people to be cancelled until May 30.

The second annual Douglas Mile and the Festival of the Bands, scheduled for May 16 and 17 respectively, were also cancelled.

This is the first time in 12 decades the parade has been cancelled.

According to the Greater Victoria Festival Society, the 122nd Annual event was expected to see close to 100,000 people lined along the Douglas Street Parade Route

“The financial impact of the cancellation is considerable. The May long weekend has 1,000 hotel rooms booked for participants alone, not including the thousands of Islanders, Canadians and out of country tourists that descend on the Capital City.  Millions of dollars are brought into the city during this weekend,” Kelly L Kurta, executive director of the Greater Victoria Festival Society said in a statement.

The society is asking participants to consider allowing their entry fee to be used for the 2021 parade, instead of a refund, to support the organization.

The Greater Victoria Festival Society said they will be setting up a “virtual parade.” Canadian and American bands, our multicultural performers, floats, and walking groups are asked to send videos, or your pictures ofa past performance to create the “122nd Island Farms Victoria Salutes Sport Virtual Parade.” 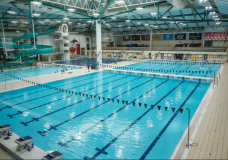 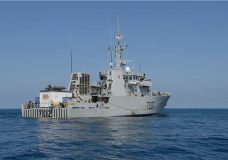