Leon Basin is trying to spark a movement on eight wheels.

“The goal is to bring all the people that are skating in Victoria together,” said Bason, a Russian-born, Israeli-raised inline skating champion.

Basin moved to Canada in 2001 and says he’s dedicated his life to “keeping people rolling.” His rollerblading abilities, seen by many via YouTube, have garnered him a worldwide following. Basin moved to Canada in 2001 and quickly turned his passion into a profession. He opened three rollerblading stores in Vancouver, Seattle and Toronto and even manufactures his own product.

“For me, it’s a way to keep stay a kid in a way,” said Basin, who also rents out skates and teaches the sport.

And it was another true love, Sharon Lee, that enticed the gliding guru to Victoria.

“I think something that I love and admire about him so much is that he has this focus,” said Lee, Basin’s fiance.

“He fell in love with it when he was 12 years-old and since then he’s been committed to it and he’s created such wonderful things from it.”

Since moving to Vancouver Island, Basin has launched a website detailing the best routes in Greater Victoria, and leads free Wednesday night skate sessions encouraging anyone of all levels to join.

“You’re combining skiing with skating and with the skates that he’s developed nowadays, you can skate on asphalt and gravel and still feels like you’re on ice,” said Robinson, who started rollerblading thirty years ago.

Basin says he may one day bring his rollerblading business, Shop Task Skates, to Victoria.  However, for now, he’s just hoping to spread his skating joy to the capital region — a place he calls rollerblading heaven.

“It’s all really well connected compared to a lot of other cities I’ve seen around the world. I would say Victoria is maybe top three in the world, yeah,” said Basin.

The rollerblading group meets every Wednesday at 9:00 pm in front of the Parliament Buildings. The sessions are open to anyone of all ages and skill levels. For more information, visit rollerbladingvictoria.com. 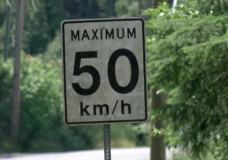 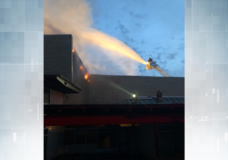