Nanaimo RCMP officers are warning drivers to slow down after a huge increase in excessive speeding tickets handed out in June.

“Speed is a killer. It has been for years and will continue to be,” said Nanaimo RCMP Constable Gary O’Brien. “It’s one of the leading causes of crashes and fatalities on our roads.”

Police and First Responders are routinely called to crashes involving speed Which is why police are concerned that 27 drivers were ticketed for going 40 to 60 km an hour over the limit in June. That’s a 400% increase over June 2019.

O’Brien says the cars were not high-end racing-type cars and those ticketed were all ages.

Roads with less traffic during COVID-19 is one of the reasons police think drivers are just paying less attention to their speed.

And people not obeying the speed limit is something more careful drivers say they’re really noticing as well.

“I drive the speed limit and I’m always getting the finger from people who are passing me on the right and trying to get ahead of me,” said Anne Romanow.

Police say they’re rarely surprised with what they see and hear but a recent note of thanks from the mother of a speeding young driver did catch them off guard.

“The vehicle was impounded, the ticket was issued and they were from outside of town,” said O’Brien. “Weeks later we get a thank you letter from the mother who owned this car and she wanted to thank us because she feels that issuing the ticket saved her daughter’s life.” 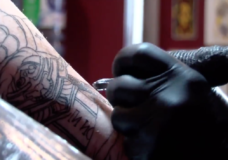 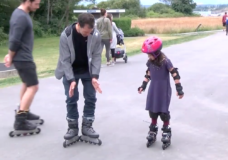