Posted: Apr. 24, 2020 8:07PM
CHEK
WatchAfter their stage debut came to a crashing halt, students at the Canadian College of Performing Arts put their quarantined creative minds to the ultimate test.

It was just over a month ago when Caleb Marshall became the bearer of bad news.

Due to COVID-19, his students at the Canadian College of Performing Arts would never see their production of the musical ‘Newsies’ take to the McPherson Playhouse.

But Marshall and the CCPA staff figured even in the midst of a global pandemic, the show, somehow, must go on.

“We wanted them to be able to think creatively about how they could adjust their artistic practices in this new digital era,” said Marshall.

Just days after their centre stage dreams were dashed, the students and staff put their quarantined creative minds to the ultimate test. They decided to make an online production despite every student living in isolation. There were many challenges, including the actors’ personal living environments.

“I live with two roommates that work from home, so I have a hard time finding the time being loud, singing, dancing, acting,” said first-year CCPA student Margo Milton.

But through teamwork, rehearsals, unwavering dedication and a lot of editing; all 51 students from their own homes, came together as one.

“We really wanted to push forward. Even though we knew this was brave new territory and we might fall right on our face, but that is the nature of what live art is about. It’s taking risk,” said Marshall.

“They took concerns so well and everything was set-up so perfectly and it’s actually been so fun,” said Milton.

The ‘Newsies’-inspired digital project makes its screen debut Saturday at noon and will be released at www.ccpacanada.com. One of the main songs in the production is the ‘Newsies’ classic ‘Seize the Day’, an appropriate song that embodies the students’ spirit. 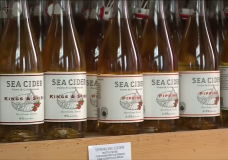 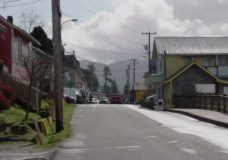