Posted: Apr. 24, 2020 7:53PM | Last Updated: Apr. 25, 2020 9:28AM
CHEK
WatchIn this economic shutdown, dozens of small-farm wineries, breweries, and cideries across B.C. are facing possible bankruptcy. The key to saving local producers? Making it financially viable to put their products on the shelves of our provincial liquor stores.

For 20 years,  Kristen Needham has clipped and sipped as the owner of Central Saanich’s Sea Cider Farm.

But in this pandemic, all her hard work could come crashing down.

“It’s terrifying and it’s sad and it’s kind of shocking. Our revenue in March was down nearly 40%,” said Needham.

“Our Seattle importer is basically told us he’s not going to be buying any more cider, and that’s a huge chunk of our business and we have to figure out what to do.”

Dozens of small-farm wineries, breweries, and cideries across the province are facing extinction unless they find new ways to sell their product.

“What’s missing is really an opportunity that would be financially viable to sell our cider through the B.C. Liquor Stores,” said Needham.

But although brewed maybe just down the road, it’s not easy for local small-farm wineries, breweries, or cideries to sell through B.C. Liquor Stores.

“It’s kind of crazy because there are over three dozen farm-based cideries in B.C. and virtually no one that’s farm-based, is selling into the B.C. Liquor Stores,” said Needham.

“If I sell my cider to a B.C. Liquor Store, I get a fraction of that back, and for many producers, that’s not enough to cover the cost of making that cider in the first place.”

And then there’s another hurdle: cideries like Sea Cider, aren’t playing by the same rules as VQA wineries.

“If I was a VQA winery I would have an economic advantage getting listed in the B.C. government liquor stores. but as a cidery, de facto, because I use apples not grapes I can’t qualify for that benefit,” said Needham.

And the municipality of Central Saanich says it’s time for a systemic change, to rethink the province’s relationship with small producers in British Columbia.

“We need the Liquor Distribution Branch to be working closer with Buy BC and the Ministry of Agriculture to process applications,” said Central Saanich city councillor Niall Paltiel.

“The red tape that folks like Sea Cider are facing right now is certainly affecting their business.”

Sea Cider has been waiting two weeks to get any kind of response back from the B.C. Liquor Distribution Branch on their application to get into B.C. Liquor Stores.

“We would never speak about the status of a supplier’s application to be stocked at BC Liquor Stores. BCLS,” said the B.C. Liquor Distribution Branch responded when asked about Sea Cider’s application.

When asked if they’d consider opening up a financially viable way to let small, local, BC-based farm wineries and cideries sell their products through B.C. Liquor Stores, the B.C. Liquor Distribution Branch responded in a statement: “The Agriculture Ministry is at the helm of the Buy BC program.” 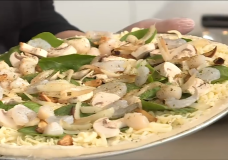 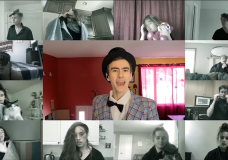