The Vancouver Canucks burst the bubble of the defending Stanley Cup champions Friday, and they have the muckers to thank for it.

The Canucks got goals from bottom-six forwards Tyler Motte, Jay Beagle, and Antoine Roussel en route to a 6-2 win over the St. Louis Blues at Rogers Place to knock the Blues out of the NHL playoffs.

Motte scored twice, once into an empty net, following a two-goal performance in Game 5.

The game encapsulated the series, with Vancouver goalie Jacob Markstrom fending off a blizzard of shots and Canuck scoring coming from players up and down the lineup.

“It’s playoffs, you’ve got to have depth,” said Beagle.

“When your third and fourth line are chipping in and also scoring … it’s hard to beat a team like that.”

Markstrom, in his first playoffs, made 34 saves in his 10th start. He was the difference maker, facing more than 30 shots a night, sometimes many more than that.

Markstrom faced 427 total shot attempts _ including missed and blocked shots _ over six games and the equivalent of one overtime period. That’s about 100 more attempts than the 324 faced by Binnington-Allen.

“All year he’s backed us up with incredible saves,” said Roussel.

“Too bad we didn’t get the shutout for him. He’s an incredible player. He’s an all-star.”

Beagle scored less than four minutes into the game, and the Canucks then added three more in a six-minute span in the second frame to chase Jordan Binnington from the net. He was replaced by backup Jake Allen after allowing four goals on 18 shots.

Binnington was the hero of the 2019 Stanley Cup run, winning 16 post-season games, but didn’t win a game in this year’s return-to-play tournament. He took two losses in the round-robin seeding portion and was in net for three losses against Vancouver.

Blues forward Ryan O’Reilly said no one should point fingers at Binnington.

“It’s disappointing the way we played in front of him,” said O’Reilly. “One of the reasons we’re here in this position is because of him, the way he is, and we did a terrible job helping him out.

“We have to defend better, we have to have jump in front of him. It’s on us.”

Blues forward David Perron added, “It didn’t seem like our energy was coming from everyone. We had a couple of bad bounces right away and (it’s) in the back of our net.

“Honestly, I can’t really even think about this whole thing right now, that it’s over. It’s very frustrating, very disappointing.”

The Canucks got production from the whole roster, including their top guns.

Elias Pettersson recorded two assists, giving him four goals and 13 points in the post-season, including the series win over the Minnesota Wild in the qualifying round.

J.T. Miller, the veteran traded to Vancouver from Tampa Bay in the summer of 2019, gained a point in each of the first five games. He has five goals and 10 points in the playoffs.

Against St. Louis, Bo Horvat recorded four goals and Tanner Pearson added a goal and three points. Rookie defenceman and Calder candidate Quinn Hughes has a goal and nine assists in the post-season.

The unsung heroes are veteran defencemen Chris Tanev and Alex Edler. They combined for 48 blocked shots, about a third of all blocked shots for the entire team.

Vancouver will play the top-seeded Vegas Golden Knights in the next round, and is the only Canadian team left in the tournament.

All Western Conference games are being played in front of no fans at Rogers Place. The players are isolating between games to prevent contracting COVID-19.

It’s a tough loss for the Blues given they were rolling before the COVID-19 pandemic prompted the NHL to suspend, and eventually end, the regular season on March 12. At that time, the Blues were 42-19-10, first in the conference and second only to Boston in the overall standings.

When play resumed, they went winless in the round-robin seeding tournament, then dropped the first two games to Vancouver before winning the next two.

The Canucks (36-27-6) were 18th in the NHL in the regular season. They have never won the Stanley Cup in their 50-year history. If they do, Lord Stanley’s mug will be coming north of the border for the first time since the Montreal Canadiens won it in 1993.

By Dean Bennett. This report by The Canadian Press was first published August 22, 2020. 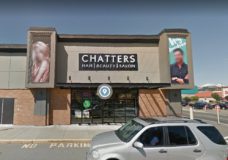 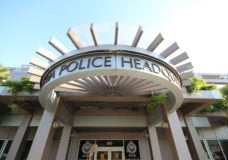