As the B.C. General Employees Union (BCGEU) strike hits its 10-day mark, BC Cannabis stores on the mainland are starting to shut down. On Vancouver Island it’s not that dire — for now.

“People are coming in buying our ounces and half ounces so we’re slowly thinning,” said Michele Maresca, who operates the Seed and Stone Cannabis Boutique on the Songhees Reserve.

They typically sell a wide selection of weed, but this week their displays are a bit patchier than usual.

“If we do run out of things we do try and show them the next best thing,” said Maresca. “People not knowing how long this will last, they’re probably going in on bigger bags.”

Their product’s movement is being blocked by a strike action carried out by the BCGEU, who have opened picket lines at the distribution warehouses across British Columbia that send out the majority of the province’s cannabis and liquor.

The union is looking for a wage increase tied to inflation, which is currently eight per cent.

For Seed and Stone, they’re one of the lucky ones but are still preparing to be cleaned out of their inventory as the strike goes on.

“We were one of the few stores that had a delivery last week, so we’re just waiting until we’re out,” said Maresca.

The BCGEU and the B.C. government both returned back to the bargaining table for negotiations this week.

As of Tuesday, there was an offer in play however both sides have agreed to a media blackout while talks are underway, so details are not known.

In the meantime, picket lines are up as is a union-wide ban on overtime, while cannabis inventory begins to thin. 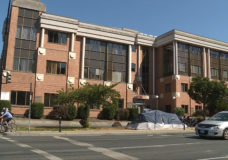 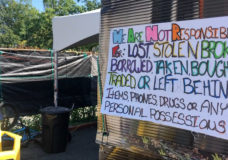