Sara Edmondson called out to a dozing drug user at a user-run consumption site in Nanaimo Thursday, trying to wake him, worried after losing her own fiance to a fatal carfentanil overdose.

“It’s really hard. You don’t get to say goodbye to someone which makes it even worse,” said Edmonson, a volunteer with the Nanaimo and Area Network of Drug Users.

The former outreach worker, who had become an addict herself after her fiance died, is now trying to minimize some of the harm of the potentially lethal drugs swirling in people’s systems as the overdose crisis combines with a ballooning homeless population in the Harbour City.

“They don’t have anywhere to go, they have unsafe places, they don’t have support if something happens to them,” said Edmondson, who says she is no longer an addict.

So a funding announcement Thursday by B.C.’s minister of mental health and addictions raised hopes for the now estimated 700 homeless people struggling with mental illness and addictions on Nanaimo’s streets.

The announcement revealed the provincial funding will go to help 30 people already in supportive housing, who are on the brink of eviction right now.

“I hear from Nanaimo Affordable Housing Society that they face the often heartbreaking decision that they see someone as a danger to the building or the other tenants, that they are faced with evicting them. This kind of program would prevent that by piling on healthcare supports to help the person stabilize and prevent eviction,” said Mental Health and Addictions Minister Sheila Malcolmson.

“It will help, but the estimates now are we have 700 people living on our streets who range from people who are simply poor to people who have serious mental health, serious brain injury, serious addiction and trauma,” said Krog.

It comes as the supervised consumption site run by Nanaimo Area Network of Drug Users sees new faces everyday, and officials struggle to care for the many hundreds already here. 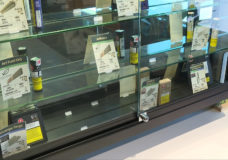 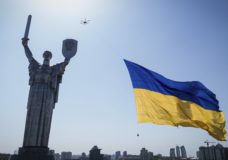