Increased immunization is leading to a relaxation of safety protocols, and at senior’s homes across Vancouver Island, it means a slow return to normalcy including the return of bus trips.

Some of the residents of Nanaimo’s Dufferin Place were able to go for their first bus rides Wednesday since the pandemic began.

“I’m very excited about it. It’s good to get out. We’re sort of like inmates in here and it’s just to be good to be out in the fresh air,” said resident Brian Illingworth.

“For over a year-and-a-half residents didn’t get out of the building at all so it was tough,” said Gwen Cooke, the activity supervisor at Dufferin Place.

Cooke said the toughest part of the pandemic on residents was not being able to see family for in-person visits.

“We need family around us so the staff tried really hard to fill that void. Everyone pitched in and everybody worked together to fill that void for a lot of our residents and it was still hard,” said Cooke.

She said care home living is still not fully back to normal. Residents won’t be allowed to get off the bus during the trip and no time has been set for previous weekly restaurant trips to resume.

Regardless, the residents say they’re looking forward to seeing some of the beauty outside.

“The ocean. We seem a long way from it here but I know we’re not,” said Willa Routley, another resident.

“I’d like to get down and see the ocean. I love the ocean and I used to walk down there quite a bit before I moved in here and it’s been quite a while since I’ve seen it, and just want to get down and look at the boats and the activity down on the waterfront,” said Illingworth.

Island Health said residents get to choose what they go see during the bus trips as life at seniors’ homes slowly returns to normal.

The changes are coming as the federal government is set to lift the 14-day quarantine requirement for fully vaccinated Canadian travellers. 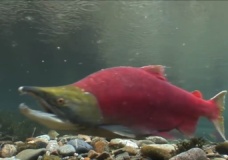 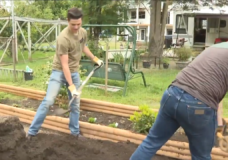