June 10, 2021 updated
CHEK
WatchThe federal government is launching what it calls its "largest and most transformative" salmon investment in history. And as Ben Nesbit tells us, it couldn't come at a better time for some local businesses.

The federal government has released details for what it is calling the “largest and transformative” salmon investment in the country’s history.

The $647-million plan, which was listed in the 2021 budget, will be aimed at helping the rapidly declining Pacific salmon population.

“Many Pacific wild salmon are on the verge of collapse, and we need to take bold, ambitious action now if we are to reverse the trend and give them a fighting chance at survival,” said Minister of Fisheries and Oceans Bernadette Jordan.

“We will be working closely with Indigenous communities, harvesters, recreational fishers, industry, environmental organizations, and Provincial and Territorial partners, to advance actions under each pillar, to stabilize the species, and to support a more modern, sustainable, and economically resilient sector.”

Fifty Pacific salmon populations are currently under consideration for potential listing under the Species at Risk act.

The money will be put into four key areas: conservation and stewardship, enhanced hatchery production, harvest transformation and integrated management and collaboration.

“This is a significant investment for wild salmon and it is desperately needed right now,” said Aaron Hill of the Watershed Watch Society.

While encouraged with the investment, Hill says some important steps were left out.

“One thing we were hoping to see was a commitment to getting salmon farms out of the water which they’ve previously committed to. That needs to be a part of any salmon strategy,” he said.

The owner of Crab Shack Sportfishing, Elden Smith, says the decline in Pacific salmon, combined with COVID-19 has made it tough on not only fishing companies, but the entire sooke economy.

“In a place like Sooke that’s tourism based it really does affect everybody, tackle stores like myself , charter boats and hotels and restaurants.”

Multiple hatcheries are now in the works to help preserve and enhance existing populations. 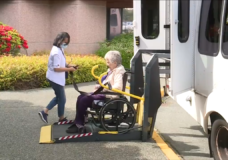