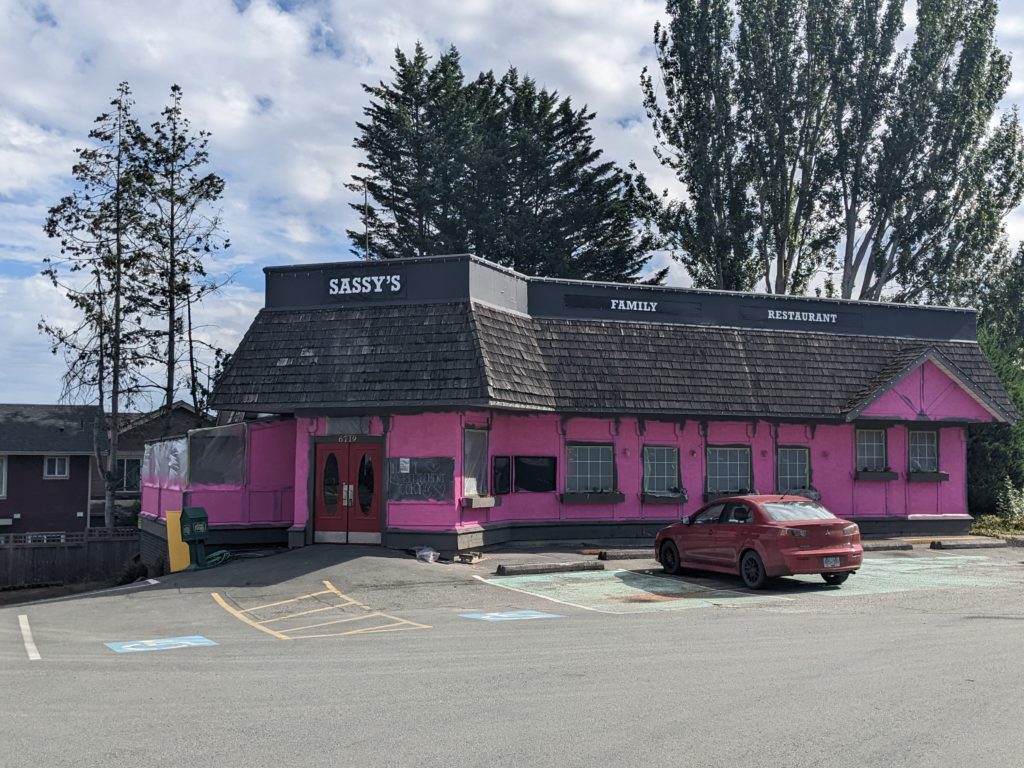 A Victoria restauranteur says he’s got big shoes to fill as he expands his diner chain to Brentwood Bay, opening his fourth location at the former Sassy’s Restaurant.

“It’s going to be a new Floyd’s,” Petr Prusa, the chain’s owner and founder, said in an interview with CHEK News.

And, of course, if it isn’t painted pink, it’s not a Floyd’s. As reno crews keep busy, Prusa says passersby may now notice the pop of colour called ‘Heartbreak Pink’ when commuting West Saanich Road.

“Right now, they’re doing a bunch of work in the kitchen and just some light housekeeping in the front and getting things sort of ‘Floydalized,’ I guess is the word,” he said with a laugh.

Floyd’s first opened at the corner of Yates and Quadra streets in downtown Victoria in the early 2000s, according to Prusa. All these years later, he’s expanded with locations in James Bay, Royal Oak, Langford and soon, Brentwood Bay.

“I believe it’s all the staff,” Prusa said.

“We have really great people that work for us, they’re just wonderful humans. It just keeps growing, and we wouldn’t do it if we didn’t have such great people. I think that’s the big thing behind it all.”

While he says he’s excited to open a new location, it’s a big undertaking.

“It’s fun,” Prusa said. “One of the things with that location, I think it’s an iconic building. Sassy’s was there forever, we’ve got big shoes to fill. We have our own sort of style.”

In business for 43 years, Sassy’s owner Cory Porter told CHEK News in August that it was finally time to hang up the apron for good.

“My wife has Alzheimer’s, so it’s time for me to be home. Family man before businessman, that’s me,” Porter said, just days before hosting a closing celebration at the restaurant on Aug. 21.

Developers had also proposed a mixed-use development featuring commercial space and short-term and long-term residences for the property in mid-July, about a month before the restaurant closed its doors.

With Prusa’s new business venture moving forward instead, it still comes with reservations.

“I think sometimes, during this kind of time in the world, I’m a little trepidatious, just because God only knows what’s going to happen in the future with world economics,” he said.

“It’s a little scary, but at the same time, if we don’t move forward, then what’s going to happen? We won’t go anywhere, right? So let’s just keep going.”

Prusa says Floyd’s was able to weather the COVID-19 pandemic “pretty good,” since staff could move between restaurants if need be as the menu, policies, and procedures are the same for all locations.

“During the pandemic, again, it was the staff. They all pulled together. I mean, we’re still here,” he said. “There are a lot of restaurants I know that didn’t make it through, so I’m happy that we were able to just stay together.

“It’s always been a good ride for us, for sure.”

Prusa looks forward to meeting the new staff working at the Brentwood Bay location, noting that customers may notice some familiar faces.

“Basically, we’re just going to be hiring and people can apply. If they’re from Sassy’s, great. I think the guy that was the chef there, I believe he’s coming back,” he added.

Prusa says the new Floyd’s should open by November if everything goes to plan. 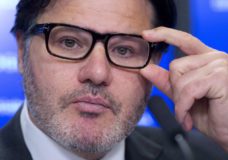