Joint venture partners Strathcona Regional District and CityWest, on behalf of their partners in the federal and provincial governments, announced Friday the construction phase of the Connected Coast project has officially begun.

“They’re going to start laying cable all the way down the coast on the bottom of the ocean then basically for each community we’re going to have a strand that comes off which is going to then fibre them up,” said Bob Long, City West Chairman.

That is 3400 kilometres of subsea fibre optics cable that is expected to change the lives of people living in 139 rural and remote communities on the coast from Haida Gwaii to southern Vancouver Island.

“Well, it changes communities a lot,” said Gold River Mayor and Strathcona Regional District Chair Brand Unger. “For Gold River itself, with this new Connect the Coast project, we’ll have internet speeds as they do in Campbell River, downtown Vancouver, everywhere else in the world.”

48 Indigenous communities will benefit as well including the We Wei Kai First Nation on Quadra Island.

“I’m excited to have this project going forward, it would bring more opportunities and better connectivity to our communities,” said We Wai Kai Councillor Jonathan Chickite.

For the 139 communities, the project will mean better access to health services online, access to education and allow many people to work from home and the same high-speed connectivity that millions of other British Columbians enjoy every day.

“We’ve seen during the COVID-19 pandemic how important it is to be connected whether you want to Facetime with your doctor, connect with your loved ones, or learn in online classrooms,” said BC Minister of Citizen’s Services Lisa Beare. 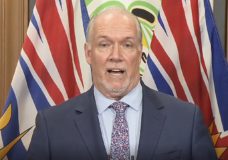 Premier Horgan is said to be in good spirits following surgery 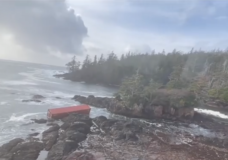