“It’s very concerning, nobody should be living outside in a park in a global health pandemic,” said Helps.

The fire broke out at around 7:30 p.m. in a section of the park across from the intersection at Douglas and Michigan streets.

The tent owner by the name of Max said he was just trying to keep warm when disaster struck.

“I just went over to my girlfriend’s tent over here to change my jacket and I was on my way out and I had an old oil lamp going and hand sanitizer and it must have fallen and hit something,” Max said.

Victoria Fire arrived on the scene shortly after and quickly put the flames out.

“Tent was fully involved. All the stuff inside was involved as well, about 25-30 feet in the air flames, they put it out pretty quickly,” said acting Batallion Chief Jim McNeill.

Nobody was injured in the incident and no other tents were damaged.

Max, who lost pretty much all of his belongings, was given a new tent and some camping supplies.

“We’re working with the province over the next 68 days to get people inside, the province has committed to March 31 that everyone living in a park will be offered a 24/7 indoor space, can’t come soon enough,” Helps said.

A hefty promise, but with an estimated 150-200 people currently living in city parks, just how will it happen?

The B.C. government says they’ve been in negotiations to once again use the Save-On-Foods Memorial Arena as a shelter and, last week, Minister of Housing David Eby told CHEK that the Province is looking to purchase another hotel.

Helps said an announcement regarding that decision should be made next week.

As for now, don’t expect any extra safety measures in parks.

“In terms of going around and inspecting every single tor tent in the city, the province or the country that’s not a realistic expectation, we’ve got the rules, we’re going to ask people to follow them.” Helps said.

A heating tent funded by the City is expected to be put up on Cook Street in the coming days. 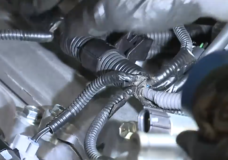 Another bad season for rat damage to vehicles on Vancouver Island