A mother in the Cowichan Valley says her 19-year-old son still struggles with depression, anxiety and substance use after years through a broken youth mental health system.

“Every day I am fearful that my son is going to take his life,” the woman, who chose to keep her identity and that of her son protected.

“My dreams for my son to have a healthy, happy productive life every day get further and further away.”

She is speaking publicly for the first time about her experience with B.C.’s youth mental health system following the death of Langford teen Andre Courtemanche, whose body was found earlier this month. Courtemanche struggled with depression and couldn’t get the help he needed. His family received a phone call for a psychiatrist appointment two days after the teen went missing.

For the Cowichan woman’s son, the struggles started as early as kindergarten.

“He was uttering thoughts of suicide at nine-years-old,” she said.

The single mom and her son were in Ontario at the time and she says there they were able to get the help they needed. But a change of circumstances brought them to B.C. when he was 12 and things quickly went downhill.

She says her pleas for family counselling went unanswered and the inadequate patchwork of care he did receive didn’t help. She says he ended up being taken to the emergency room under the mental health act five separate times.

One child psychologist says a seismic shift in our system is needed.

“I think we have to better appreciate the severity of the pain of the youth that are contemplating suicide and really think of these as emergencies and not as something that can be treated down the line,” said psychologist Dr. Bonnie Leadbeater.

Cowichan’s MLA says the province needs to take immediate action to provide more school counsellors and to ensure all mental health treatment, including psychologists and therapists, are covered under MSP.

“That preventative work has been shown through data and evidence to be so effective, providing people with access to that care means they have the tools to deal with mental health issues as they’re arising, not waiting until people are in crisis,” said MLA and Green Party Leader Sonia Furstenau.

READ MORE: Blue Monday may be a myth, but the winter and pandemic blues aren’t

While some improvements to the system are being made, the mom in the Cowichan Valley says time is ticking. And while it may be too late for her own son, who is now an adult, she wants to see change for other families.

“We’re letting these children into our society that are broken, and that had time to be fixed but there was no tools to fix them,” she said.

The politics of youth mental health with Rob Shaw

The politics of youth mental health

The politics of youth mental health 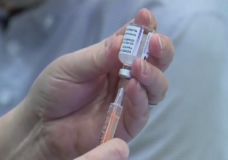 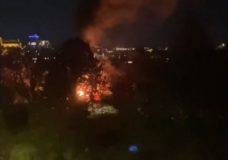