The B.C. government is on the hunt to buy another hotel in Victoria to help provide shelter for the unhoused residents camping in city parks.

Attorney General David Eby, who is also the minister responsible for housing and homelessness, told CHEK News on Monday the province is looking at acquiring a hotel, or similar residential building, to help meet an end-of-March deadline to get campers out of city parks.

“Part of the solution before March could be BC Housing purchasing additional buildings that need very little modification, the most obvious candidate for those kinds of purchases are motels throughout the CRD or are buildings that maybe were used for a residential purpose previously,” said Eby.

“BC Housing is always looking for opportunities like that, especially in the context of what we’re facing in Victoria.”

The government does not typically disclose what properties it is considering purchasing, for fear the seller might drive up the price. Earlier this year, the province purchased the former Paul’s Motor Inn and the Comfort Inn in Victoria, to use as shelters for the unhoused.

“It would be helpful if BC Housing was able to identify another building that would be appropriate for people to move in right away with minimal modifications,” said Eby.

“BC Housing is always on the lookout for sites like that throughout the CRD and certainly would be glad to hear from people who had a facility like that for sale.”

The province and City of Victoria currently estimate there are 119 tents in local parks, most prominently at an encampment in Beacon Hill Park. However, Eby said it’s not clear how many tents match up with actual people, and the number of individuals needing help could be as low as 160.

There are 11 parks the city has identified as being suitable for temporary camping during the COVID-19 pandemic.

The government wants those in tents to be housed by the end of March.

RELATED: Victoria approves $300K to move homeless into hotels, possibly outside of the city

Eby said around 30 beds could be created with a small homes project involving shipping containers at the Royal Athletic Park parking lot in Victoria.

Another 50 beds could become available if the province can negotiate the re-opening of the Save-On-Foods Memorial Centre as a shelter. The arena has previously housed people in self-contained sleeping units on the main floor. Eby said negotiations are ongoing with the arena’s owners.

That leaves somewhere between 80 and 111 beds needed in just over a month, said Eby.

Even if the province can’t find a new facility, Eby said he’s confident he can hit the deadline by deploying other measures.

One solution could be to give extra rental supplement funds to Victoria campers to help them afford market rent, he said. That would free the city and province from having to find a new building.

There are several other Capital Regional District and BC Housing projects coming online later this year that can pick up the demand, said Eby.

City of Victoria council is expected to debate granting a temporary use permit to the shipping container housing project at Royal Athletic Park later this week.

Eby said if the city is unable to pass the permit, or takes too long through the rezoning process, he’s willing to step in and override council’s authority on the property and set it for residential use to approve the project’s construction.

“It’s quite a significant and major power we’d only use in extreme circumstances or at the invitation of the city,” he said. 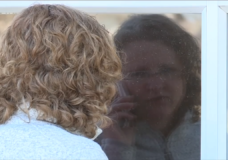