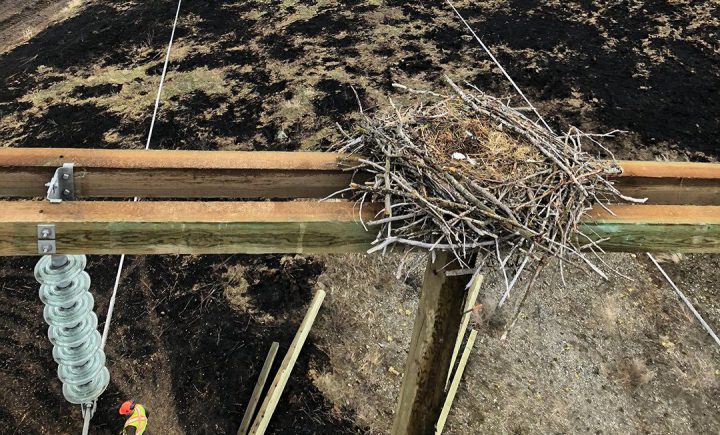 A grass fire in the Shuswap Region of B.C. damaged six wooden transmission poles. BC Hydro crews worked to save an eagle’s nest that contained a single egg on top of one of the poles. Photo courtesy Twitter/BC Hydro.

A bald eagle pair had made the unusual choice of building a nest at the top of one of the poles and utility workers confirmed the nest contained a single egg. 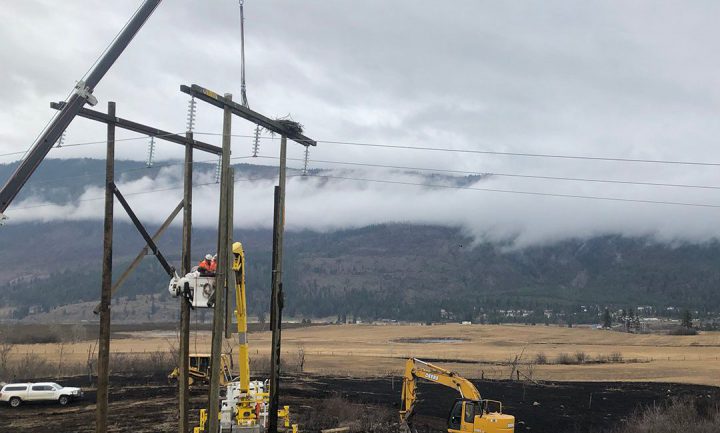 BC Hydro crews work to save an eagle’s nest that contained a single egg on top of a damaged power pole from a grass fire in the Shuswap Region. Photo courtesy Twitter/BC Hydro.

A series of posts on the Crown utility’s social media page shows how technicians and environmental field staff completed the delicate task of collecting the egg and storing it in a straw-filled pail.

While the egg was kept warm in a temperature-controlled vehicle, Hydro says the top of the transmission pole was cut away.

This is a pretty rare occurrence as bald eagles typically nest in trees. The egg was handled with surgical gloves to remain scent-free and was placed in a clean, straw-filled pail, then covered and placed into a temperature-controlled vehicle while the nest move was completed. pic.twitter.com/6adyJKd8yD

A crane was used to lower the pole top and the large nest to the ground where workers were able to detach the nest and return it to the top of the repaired tower.

One of the adult eagles showed interest in the replaced nest almost immediately and Hydro says it was back with the egg the following morning.

Once the work was complete, the mother bird was observed showing interest in the nest and was back home with their nest egg the following morning. pic.twitter.com/L4hzwg3EgO 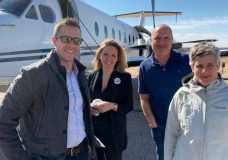 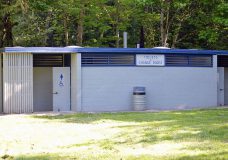