Father’s Day featured another series of BC Ferries cancellations, once again due to staff shortages.

It made for a hectic night for those trying to travel between Victoria and the Lower Mainland.

“Normally, this time of year summer vessels are preparing to run more and more and [this year] we’re looking at less and less sailings,” said BC Ferry and Marine Workers’ Union President Eric McNeely.

But McNeely says there could be a bit of relief now that the federal vaccine mandate that applied to ferry workers has been suspended.

BC Ferries says it’s currently in the process of reaching out to its roughly 150 staff members currently on unpaid leave due to the vaccine mandate. It says it should know more in the coming weeks about how many of them intend to return to the work place and how that will impact service in the busy travel season ahead.

“We’re hopeful that will help with some of the pinch points but not convinced it’ll be enough,” said McNeely.

Because McNeely says the problem runs much deeper. He says vessels are running with minimum crew levels, so if someone in a key role calls in sick the ship can’t sail and he says there is a higher than normal absenteeism rate right now due to low morale and burnout.

“I was on a vessel the other day and four people on the crew of 25 were on overtime and one of them was on their fourth day of overtime so it’s not sustainable at this point,” he said.

BC Ferries has said it’s in the process of hiring up to a thousand new workers but the union says it’s not just attracting them but retaining them that remains an issue. 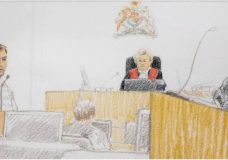 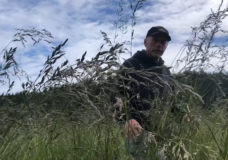