After nearly eight months of requiring passengers to provide proof of vaccination to travel by plane and train, the federal government is ending its mandate starting Monday.

Travellers will not be required to present their vaccine proof to travel domestically, or on flights leaving Canada.

Unvaccinated travelers will also be permitted to fly.

“The policy has done what it was meant to do,” said Mona Fortier, MP for Ottawa—Vanier who was one of the speakers at a June 14 press conference announcing the lifting of the requirement.

Some restrictions will remain in place. Masks will be required in certain areas of airports and during flights. Those coming into Canada will still be subject to health measures such as using the ArriveCan app and showing proof of vaccine at ports of entry. Staff and travelers on cruise ships will still require full vaccination status.

This comes as airports across the country face flight delays and cancellations due to staffing shortages, now they’ll have to answer to more passengers.

Rod Hunchak, director of business development and community relations for Victoria International Airport says this move could help speed up the check-in process.

“I think it’s fair to say that there may be additional passengers now intending to fly because of the suspension of proof of vaccination requirements but what that number would be is very difficult to estimate,” said Hunchak.

YYJ hasn’t been immune to long lines at the airport. Last month, the airport logged its busiest day since the pandemic first began in 2020.

Spencer Streichert is one of the thousands of passengers who had a cancelled flight. He believes that with current transportation issues, airlines aren’t ready for an influx of travellers right now.

The Calgary man says he knows people who aren’t fully vaccinated and are eager to travel again, but he’s warning them against it.

WestJet Airlines says they aren’t expecting an influx of travelers right away, they believe most people will make travel plans down the road. The airline says its continuing to push to remove all travel restrictions.

“There still remains multiple pandemic policies in place including masks which are mandatory. We continue to advocate to the federal government for the permanent and fulsome removal of all policies.” said Morgan Bell, manager of media relations for WestJet Airlines.

The federal government says it may reimplement the vaccine mandate if its necessary. 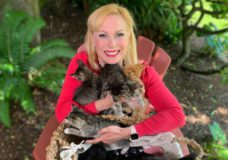 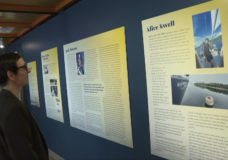