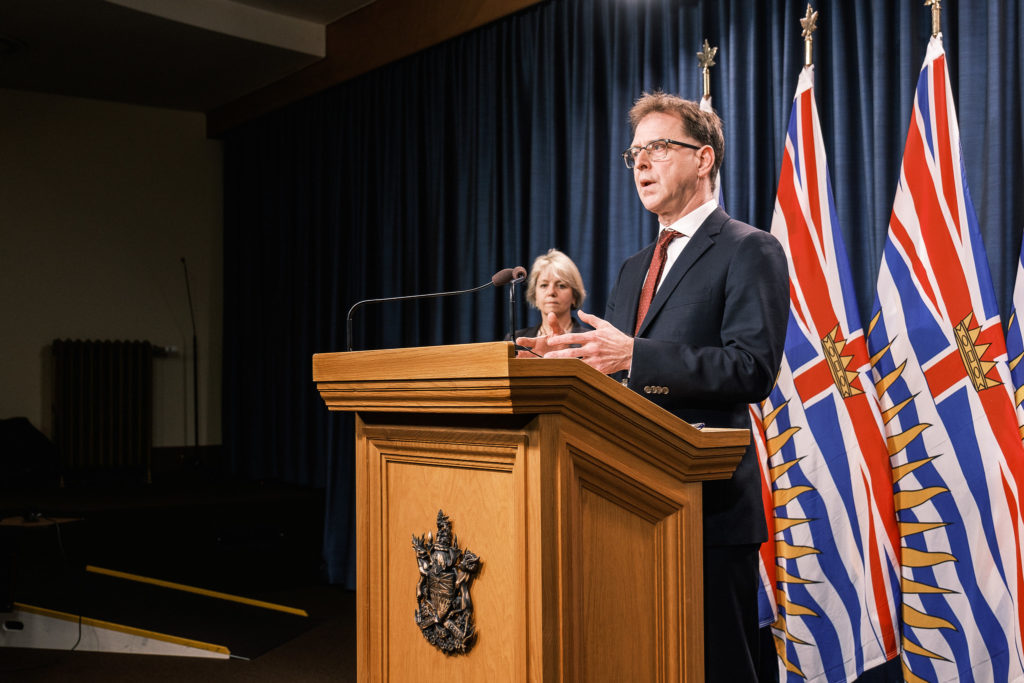 BC Government
British Columbia health officials reported 1,475 new cases – including 59 in Island Health – and 22 deaths from COVID-19 since their last update on Jan. 8.

The coronavirus has claimed more than 1,000 lives in British Columbia.

On Monday, British Columbia health officials reported 1,475 new cases – including 59 in Island Health – and 22 deaths from COVID-19 over the past 72 hours.

One of the deaths reported by health officials was in Island Health.

“These are, of course, our grandparents, our friends, our aunts, our uncles, our sons, our daughters,” she said. “To the families, care providers, and communities across British Columbia, we know that this has been the most challenging of time.”

Of the new cases reported, 287 were recorded in Vancouver Coastal Health, 736 were in Fraser Health, 59 in Island Health, 217 in Interior Health, and 173 in Northern Health. There were three new cases in people who normally reside outside of Canada.

A total of 5,710 COVID-19 tests have been performed across the province since the province’s last update on Jan. 8.

There are 5,220 currently active cases in the province, 358 people in hospital — 72 of whom are in intensive care — and 7,313 people under active public health monitoring due to possible exposure to an identified case.

Additionally, there are 50 active outbreaks at long-term care or assisted living facilities across the province and 10 outbreaks at acute care units, involving 1,364 residents and 669 staff.

Active cases have soared in central Vancouver Island, increasing by roughly 60 per cent since Thursday.

According to data available on Island Health’s website, there are currently 186 active cases on Vancouver Island – 37 in the south Island, 117 in the central Island, and 32 in the north Island.

Central Vancouver Island, which has been dealing with a number of outbreaks at First Nations communities in Nanaimo and Cowichan, had just 73 active cases on Jan. 7.

Over the course of the pandemic, the Island Health region has reported 1,137 confirmed cases of COVID-19. Of those cases, 374 are in the south Island, 518 are in the central Island, and 245 are in the north Island. 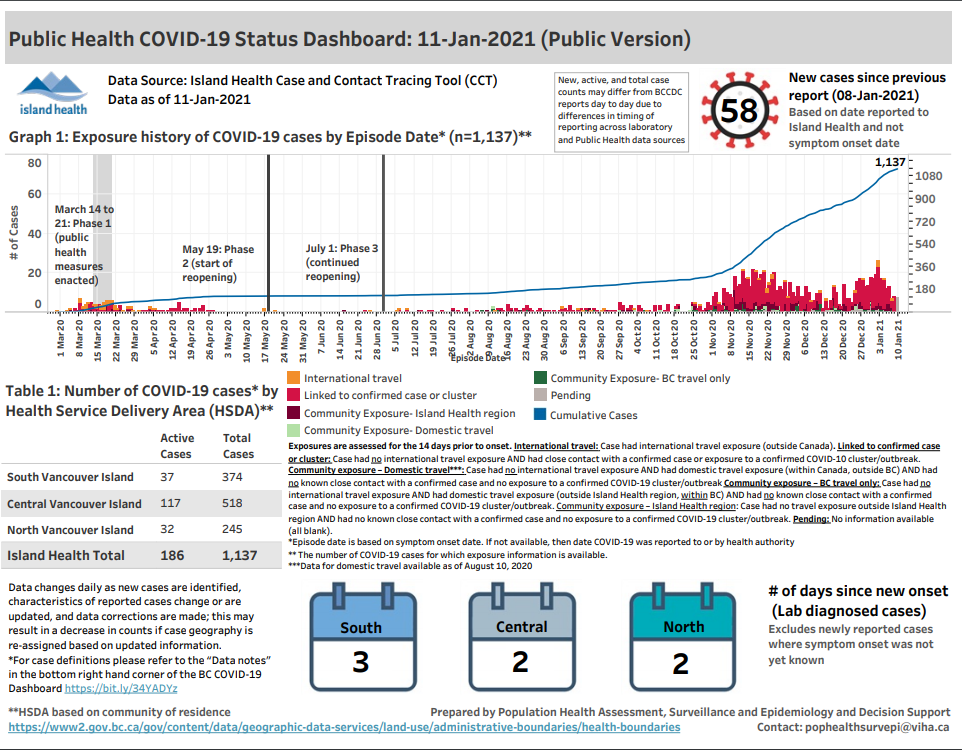 ‘Much thought’ has gone into B.C.’s vaccination rollout

Henry acknowledged that fewer doses of the Moderna vaccine have been administered than perhaps officials would like.

The province’s entire supply of the Pfizer vaccine is expected to be used by the end of today, but fortunately, additional shipments of Pfizer and Moderna vaccines are on the way to B.C.

“We are awaiting our supplies to come in in the coming days,” she said. “As well, we are awaiting an additional shipment of Moderna vaccine this week.”

Henry also stressed that “much thought” has gone into the province’s vaccination rollout.

“We started slow and steady and made sure we had all of the building blocks in place,” she said. “The approach is based on our available supply, where the highest risks in our province and who is at risk to be most severely impacted by the virus, and this has been the approach that we have been taking, recognizing that we have a limited amount of vaccine that is coming between now and March.”

While it may seem like people won’t be able to get vaccinated, Henry said “everyone is important” and all British Columbians who want the vaccine will eventually be able to get it.

“Everyone who is wanting the vaccine and is able to receive the vaccine will have access to it,” she said. “But we know that some people at higher risk and that is why they are getting immunized first.”

British Columbia, however, does not have enough doses of the vaccine coming between now and the end of March to achieve community immunity. Henry said that’s why those most at risk are getting it first, while others who are considered lower risk are not.

“Let me be clear, everybody will have their turn,” she said.

Prior to today’s announcement the B.C. Liberal Party released a letter that was sent to the province’s health minister, Adrian Dix, demanding the provincial government provide more information during its COVID-19 daily updates, citing a “deep concern” for transparency.

The Liberals want daily COVID-19 updates to include a breakdown of cases by school, long-term care homes and assisted living facilities as well as healthcare facilities. They also want updates to include the number of vaccinations and rapid tests delivered and administered in each health authority and are calling for more race-based data to “help better understand the impacts of the virus on racialized communities and marginalized populations.

“As we enter the second year of this pandemic, the need for transparency has never been more important to British Columbians. Access to clear, consistent and easy-to-understand data helps people better understand the risks posed by the virus, helps better inform their decision making, and helps promote greater public compliance with public health orders,” the letter, which was signed by Renee Merrifield, Kelowna-Mission MLA and official opposition critic for health. 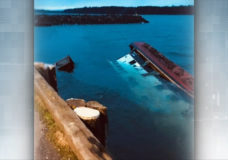 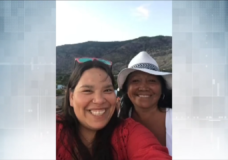