Ban on fish farms in the Discovery Islands called ‘historic’

The federal government’s decision to put a stop to all 19 open-net fish farms in the Discovery Islands between Campbell River and Sayward, is being called, “historic.”

The new mandate means all of the fish farms must be empty of fish by June 2022. A happy surprise for those who have been fighting hard for this exact change.

“No, I was not expecting this,” said wild salmon crusader and researcher Alexandra Morton. “There has not been a decision on the side of wild salmon ever with the salmon farming industry.”

Even though the deadline to have all the farmed fish harvested is 18 months away, she expects 80 per cent of the fish will be gone by April 2021, just in time for next year’s out-migration of wild Fraser River salmon.

“We’ve opened up the artery through which the Fraser sockeye pass and the potential ramifications of that are so enormous for all Canadians,” said the researcher.

For years, critics of the farms have said they are contributing to the collapse of wild Fraser River salmon stocks because sea lice and other pathogens transfer from the farms to migrating juvenile wild salmon as they swim through the narrow channels to get to the ocean.

Fisheries Minister Bernadette Jordan said all 19 farms will have to be fish-free by June 30, 2022, when their renewed 18-month licences expire. At that time, no new fish will be allowed to be brought in.

Jordan said the decision was difficult but reflects the consultations she had with seven First Nations: the Homalco, Klahoose, K’ómoks, Kwaikah, Tla’amin, We Wai Kai and Wei Wai Kum.

“We heard overwhelmingly from First Nations in the area that they do not want these fish farms there,” she said. “They feel that they should have a say in their territorial waters, and I absolutely agree with them.”

“Especially in a year when the sockeye stocks out of the Fraser are at their lowest and they’ll now be migrating through our Discovery Islands and they’ll be swimming through there without any sea lice there,” said Blaney.

On Thursday, the BC Salmon Farmers Association released a statement that says this latest decision could be detrimental to salmon farming across the nation.

“This decision has significant implications and puts salmon farming in B.C. and across Canada at risk. This comes at a bad time, during a pandemic when local food supply and good local jobs have never been more important,” reads the statement.

READ MORE: Fish farms near Campbell River to be phased out over next 18 months: Feds

Your Money for December 18 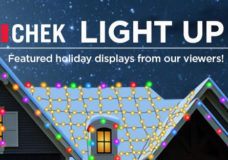