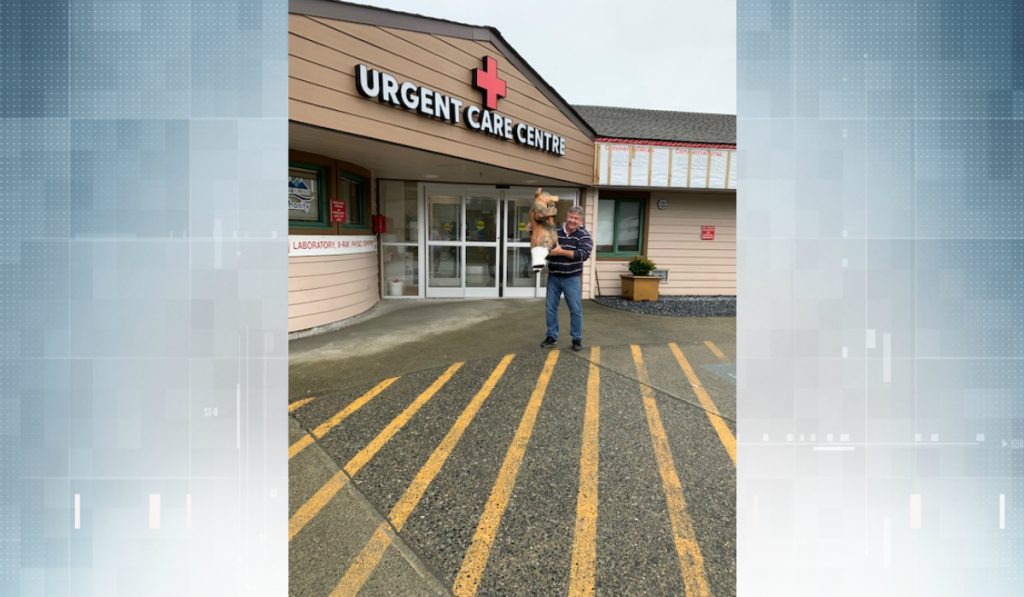 Ward and Kathy Yeager
Baby Bear's Ice Cream Shoppe owner Ward Yeager with Baby Bear, stolen from outside his store early Monday morning. The bear was returned Tuesday and had casts put on its broken legs at the Chemainus Care Centre.

Baby Bear’s Ice Cream Shoppe in Chemainus has its beloved little statue back.

Early Monday morning, a thief took off with the smallest of three wooden bears that stand outside the store, and have greeted customers for more than a decade.

Video shows a male suspect kicking the baby bear statue off its foundation and walking off with it.

But, Duncan/North Cowichan RCMP got a tip Tuesday morning saying the bear had been spotted on a logging road.

A note was left on top of the bear that read, “I am so sorry for taking the bear”. 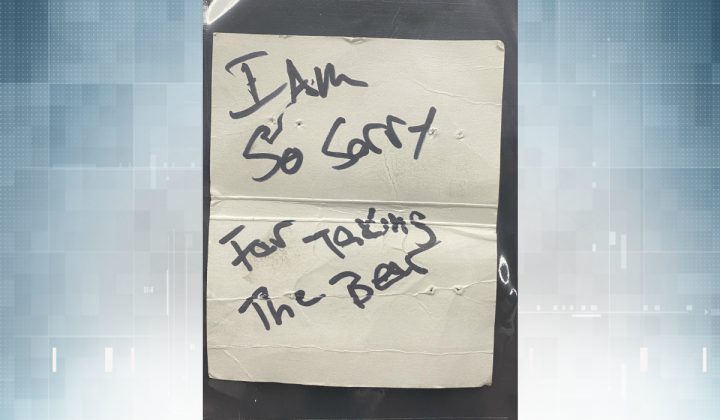 A note left on Baby Bear, found on the side of a logging road Tuesday morning. Courtesy Duncan/North Cowichan RCMP. 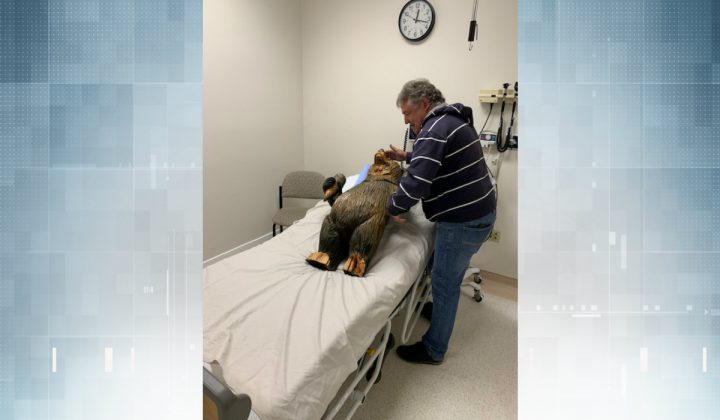 Owners Ward and Kathy Yeager were so distraught by the crime, they were considering closing their business altogether.

After the baby bear was returned to them, the Yeagers had some fun with the statue, taking it to the Chemainus Care Centre, where medics wrapped plaster casts around its legs and ankles that were broken during the theft. 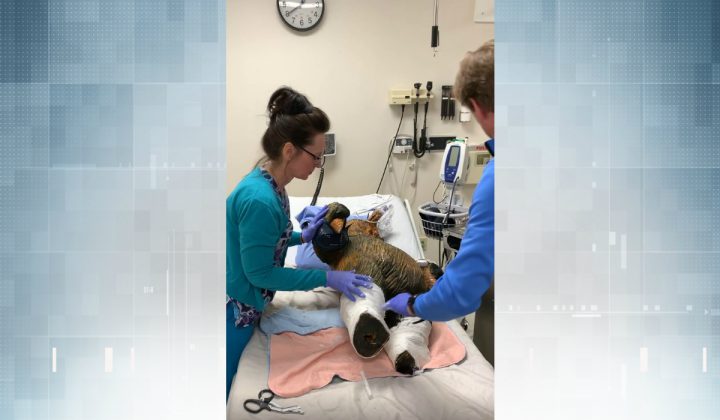 Dr. Jim Broere and rn Gina Boudet at the Chemainus Care Centre put casts on Baby Bear’s legs Tuesday, where they were broken off after the statue was stolen early Monday morning in Chemainus. Photo courtesy Ward and Kathy Yeager. 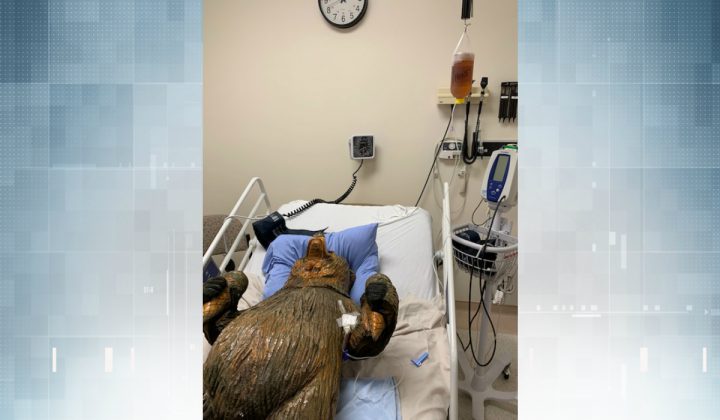 An IV of honey for Baby Bear. Medics put casts on the legs of Baby Bear’s legs Tuesday, where they were broken off after the statue was stolen early Monday morning in Chemainus. Photo courtesy Ward and Kathy Yeager.

Once the bear is back at the store, children are welcome to come by and sign his casts, and the Yeagers say will have Baby Bears Homecoming Garden Party and Reinstallation sometime this Spring.

The Chemainus Business Development Association is raising money to help with the costs of his recovery. RCMP say their investigation into the theft continues. 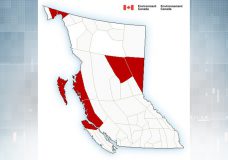