May 20, 2021 updated
CHEK
WatchThe British Columbia government is preparing to vaccinate youth aged 12 to 17 and will roll out its plan shortly.

Teens in B.C. are now officially eligible to register for their COVID-19 vaccine appointments.

The British Columbia government announced Wednesday that those ages 12 to 17 can now register to receive their vaccine.

Details on exactly how the province’s youth vaccination program will work will be released during a press conference on Thursday.

However, there is already a bit of a curveball.

Instead of holding clinics in schools — something the BC Teachers’ Union has called for and Dr. Bonnie Henry has previously suggested — they’ll be held in the same mass vaccination clinics currently being used for adults, except perhaps in some smaller, rural communities.

“We’ve created, I think an extraordinary system of clinics around B.C.,” said Health Minister, Adrian Dix, on Wednesday. “This will allow all those 12 to 17 to go and to take advantage of that.”

Dix says registrations have increased dramatically in the past two weeks, with 18 to 24-year-olds leading the way. Nearly 2.5 million British Columbians have now received at least one dose, including roughly 430,000 on Vancouver Island.

The expanding vaccine program comes amid global concerns about the variant of concern from India.

Over in the United Kingdom, there has been a rapid increase in B.1.617 variant cases, with more than 2,300 cases recorded in the past seven days — prompting health officials over there to reduce the second dose interval for those at higher risk from 12 weeks to just eight weeks.

Here on Vancouver Island, the variant from India is now the dominant variant strain, with 138 cases having been identified.

To keep ahead of it, Caroline Colijn, a professor and COVID-19 modeller at the University of Simon Fraser, says we need robust testing, surveillance and speedy vaccinations.

“I think these things should be on our radar,” said Colijn. “Our second doses should be very much on our radar and getting immunization to as many people as we can.”

Fortunately, an increasing number of Pfizer vaccines are expected to arrive in B.C. over the coming weeks and just today, Health Canada announced that Pfizer vaccines can now be stored at regular refrigerated temperatures for a month, instead of just five days.

“This change means that there will be more storage options available for the Pfizer-BioNTech vaccine, which will allow for more flexibility in distribution plans,” Health Canada said in a press release. 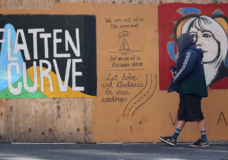 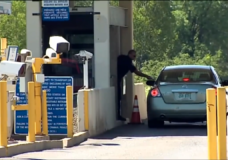