Vancouver Island’s COVID-19 curve isn’t just flattening, it’s heading down in the right direction despite an increase in cases of the variant of concern from India, says the region’s top doctor.

Since April 6, active coronavirus cases on the Island have declined 70 per cent and the region’s daily case tallies have fallen from an average of 59 per day to an average of 15 per day in under eight weeks.

“The curve is not just flat, it’s heading down and that is fantastic because that means that the virus is not particularly effective at spreading at this point in time,” he said.

“It’s becoming more and more difficult for the virus to find people to infect.”

Restrictions limiting travel to and from Vancouver Island and increased vaccinations, including giving second doses to those in long-term care, are among the significant factors that have contributed to reducing active cases on the Island, said Stanwick.

“We have finished second doses in our long-term care facilities, which have been one of our greatest vulnerabilities,” he said. “So it’s still going to be three weeks before we get the full benefit of those vaccines. But I mean, we are starting to accomplish some significant [milestones].”

However, Stanwick also expressed a bit of concern about a slight rise in infections connected to international travel, which increased from just two per cent to three per cent in May.

“What is a little up is [cases connected to] international travel and that is something … that is somewhat reflected in our numbers in terms of variants,” he said.

Furthermore, roughly half of all new infections identified on Vancouver Island are now a variant of concern and according to Stanwick, the India variant (B.16117) is now the most prevalent one on the Island.

“Right now, the B.16117, which originated in India, is actually the dominant strain in terms of what we’re seeing on the Island,” he said, noting that 138 total cases of the variant have been identified in the region.

“It does speak to the issue of the introduction of virus onto the Island.”

But the Island’s top doctor said it appears vaccines are effective against the Indian variant and urged everyone to register and book their vaccination as soon as possible.

“We now have an abundance of vaccine and we really need to make sure that people that want to receive it and try to encourage people, especially vulnerable to get their vaccine,” he said.

Island Health is currently administering between 9,000 and 11,000 vaccines each day, with 55.4 per cent of the eligible population now with at least one dose.

Stanwick says they will now look at reaching out to younger demographics to try to encourage them to sign up and get their vaccines.

He says they are considering everything from pop-up clinics to more community-wide clinics, similar to what they’ve had in remote and rural communities, to try to make sure as many people are vaccinated in Island Health as possible. 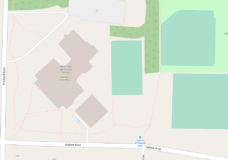 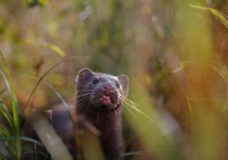 COVID-19 in mink prompts quarantine in another B.C. farm