B.C.’s premier joins calls for barriers to be installed at Goldstream trestle

January 29, 2021 updated
File Photo
Someone has installed signs of hope at the Goldstream trestle where several people have died as calls grow for barriers at the site.

Four signs with a crisis line number and several messages including “there’s always hope” have suddenly appeared at the Goldstream trestle where five people have died in the past four years. Among them is Langford teen Andre Courtemanche who died earlier this month after battling depression.

The man who put up the signs wants to stay anonymous but says that he and his son helped in the search for Courtemanche and it left a mark and a desire to help other families.

He says his 12-year-old son is the one who wanted to do something and after hearing solutions were being looked at, including barriers and signs, he suggested they just go out and put signs up themselves.

A spokesperson for the Courtemanche family says they support the move and it’s getting a lot of positive feedback online. But one psychologist says, while well-meaning, the signs with their current design and wording may be more harmful than helpful.

“They can be a little too explicit in suggesting this is a good place, and you don’t really want that, so you want these help phone signs or help messages to be a little bit away from any particular place,” said Dr. Bonnie Leadbeater.

That is something the Courtemanche’s and other victim’s families are also calling for.

On Thursday, in a sit-down interview with CHEK News, B.C. Premier John Horgan said he thinks it’s a good idea as well.

“Whatever we can do as a society to protect vulnerable people who are struggling we need to do. This is now again symbolic certainly for Andre’s family and for many others, that we can put in place safety provisions to protect people,” Horgan said.

“Of course putting in place safety mechanisms and measures is always a high priority particularly when we’ve seen repeated examples. We do it with highways for goodness sakes, we put barriers on highways when we see enough is enough with people running into each other, we need to do that on other pieces of public infrastructure as well.”

The Island Corridor Foundation is working with mental health professionals and first responders to work on finding the right solution for the site and will meet again Friday to move the project forward.

While there’s little question the infrastructure needs improvement, most agree what’s really needed is a complete overhaul in how we address mental health, and especially youth mental health issues in this province.

“You can go to the doctor for the flu but where do you get treatment for a life-threatening mental health crisis?” questioned Leadbeater.

She says B.C. needs a mental health crisis phone line similar to 9-1-1. Others have also called for all psychologists and counsellors to be covered under MSP and for the number of school counsellors to be significantly increased.

If you or someone you know is struggling and need someone to talk to you can reach out to the Vancouver Island Crisis Line 24/7 at 1?888?494?3888 or by clicking this link.

Pfizer to cut vaccine deliveries, B.C. companies race to make their own 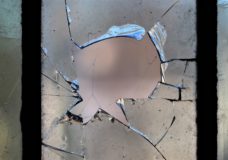