The B.C. government has released some startling statistics on deaths caused by drug overdoses in the month of May.

According to the BC Coroners Service, the province had a total of 170 suspected illicit drug toxicity deaths over the course of last month. That marks a 93 per cent increase over the number of deaths seen in May 2019 (88).

“I feel shock, I feel horror, I feel the loss,” said Bernie Pauly with the Canadian Institute for Substance Use Research at UVic.

The B.C. Coroners Service said that May’s mark of 170 deaths caused by drug overdoses represents the highest number of illicit drug toxicity deaths ever recorded in a month in the province. The province said that the numbers equate to about 5.5 deaths per day. The previous monthly high was 161 deaths, set back in December 2016.

Victoria, along with Vancouver and Surrey, are the cities that experienced the highest reported numbers across the province.

“It is both sad and deeply frustrating to see the number of illicit drug deaths reach a new high in B.C. four years after the declaration of a public health emergency,” said Lisa Lapointe, chief coroner. “Despite the many collective efforts directed at this crisis, the toxic drug supply continues to take the lives of our family members, friends and colleagues.”

SOLID Outreach Operations Manager Fred Cameron says he has lost friends and colleagues in the past month.

“Any time we lose someone we wish we told them one more time that we loved them, this is no different, these are our neighbours, friends, it’s never easy when you talk to someone then the next day they’re gone,” Cameron said.

According to toxicology results examined by the BC Coroners Service, the data suggests that there has been a greater number of cases with extreme fentanyl concentrations in May compared with previous months.

“It’s not all that different from drinking a mickey of vodka instead of a can of beer, and this is a deadly very strong drug,” Cameron said.

Of the total deaths caused by drug overdoses, there were 119 suspected cases with fentanyl detected.

So far in 2020, more than 71 per cent of all illicit drug toxicity deaths (396 of 554 cases) have had traces of fentanyl. Fentanyl has been detected in 70 deaths reported in the Island Health region so far in 2020.

“The number of people who we’ve lost – not this past month, but over the past four years – is unfathomable and heartbreaking,” said Guy Felicella, peer clinical advisor with BC Centre on Substance Use and the provincial Overdose Emergency Response Centre. “More British Columbians died of overdose in one month than died in the whole first wave of COVID-19. All British Columbians should collectively share our grief and urge action to improve access to safer supply so people can get the help they need.”

The deadliest month on record in relation to drug overdoses comes amid the current COVID-19 pandemic, which British Columbia’s top doctor suggests is having an impact.

“These tragic deaths are a potent reminder that we must persevere with the many interventions in place and continue in our efforts to reduce harm and stigma, stop overdoses and care for people with addiction,” said Dr. Bonnie Henry, provincial health officer.

“The overdose crisis is taking a toll on families and communities across this province, and we know the second public health emergency of COVID-19 is adding additional challenges. There is no simple solution, but we remain committed to doing all we can to support people who use drugs, as well as their families, friends and loved ones.”

According to the BC Coroners Service, the numbers in 2020 show 70 per cent of those dying were aged 19 to 49, with males accounting for 80 per cent of deaths to date.

Judy Darcy, Minister of Mental Health and Addictions, is calling on anyone who uses drugs to create a safety plan.

“Today I am appealing to anyone who is reading this message. If you use illicit drugs, those drugs are incredibly toxic and even more poisoned than before. I am asking each of you to have a plan. Buddy up so you’re not using poisoned drugs alone. Use the Lifeguard app – it will signal for help if you need it. Continue to visit OPS and supervised consumption services sites. They are open and are essential services in B.C.,” said Darcy.

“Carry naloxone. You can pick up your kit free at any pharmacy. Know the signs of an overdose so someone can call 911 to get help right away.”

May marks the third straight month that British Columbia has reported over 100 deaths caused by drug overdoses.

Bernie Pauly is calling on more change including a more widely accessible safe supply and decriminalization.

“That has not been acted on and it is something that could readily be implemented and an important part of that set of interventions,” she said.

The BC Coroners Service noted that no deaths have been reported at supervised consumption or drug overdose prevention sites. 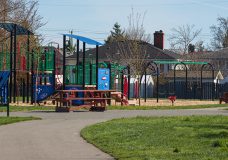 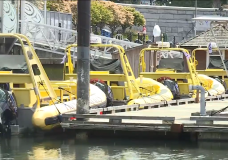