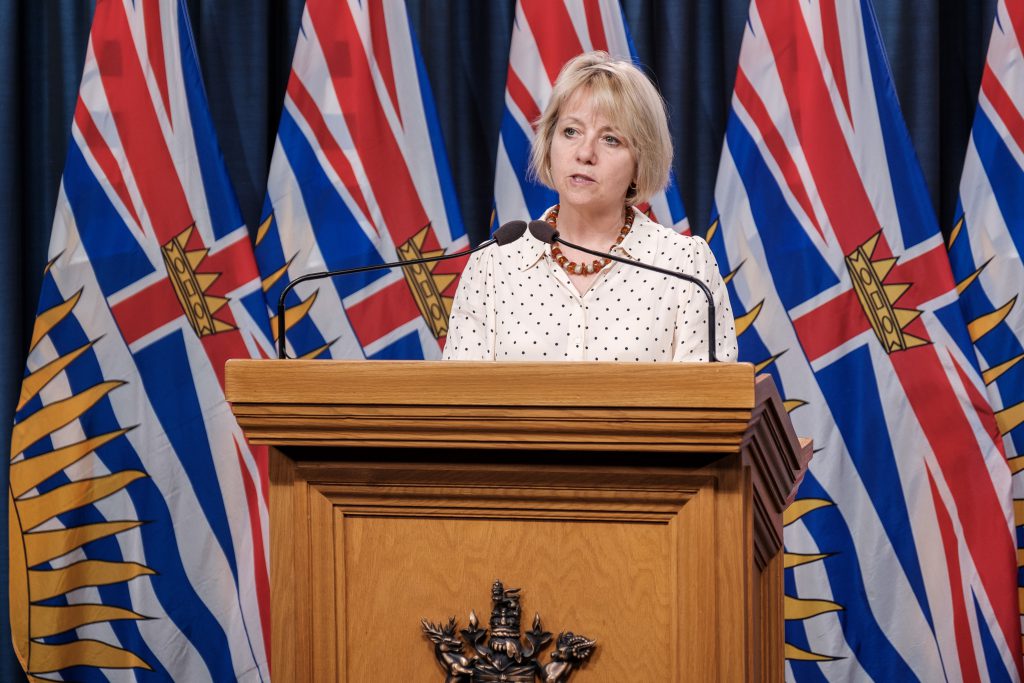 Dr. Bonnie Henry, provincial health officer, says there are 14 new cases of COVID-19 in B.C. as of June 11.

Of those, 183 are active cases and 2,344 have recovered. Thirteen people are in hospital (one more than June 10) with five in intensive care.

For the sixth day in a row, there have been no new deaths from COVID-19 in B.C. The total number of COVID-19 deaths in the province remains at 167.

Thursday’s COVID-19 update included no new outbreaks in health-care settings or in the community.

To date, 560 people have become infected in connection with outbreaks in long-term care, including 341 residents and 219 staff members.

At least two new clusters of cases announced in recent days have been linked to large family gatherings.

Henry expressed hope that a cluster of cases related to the COVID-19 outbreak at the Kearl Lake oilsands work site in Alberta is winding down.

The public health order that sets out requirements for restaurants has also been updated, she told a news conference. The change means restaurants, pubs and bars may now include patio seating when determining their capacity for dine-in service during the pandemic.

The update also clarifies the use of physical barriers, adds restrictions around self-serve areas and buffets, and identifies requirements for some of the “choke points” in restaurants, such as washroom lines, said Henry.

“We must keep physical distancing as our constant companion.”

B.C. continues to see a rising use of emergency rooms and acute care beds, said Dix, and the number of surgeries being performed is also increasing.

The number of surgeries are now approaching the 6,000 performed in a typical week, he said.

More than 34,400 patients have been contacted about rescheduling their surgeries, said Dix, noting the number of surgeries performed this week is 4 1/2 times higher than in mid-April.

Henry also reiterated there would be no exceptions to public health rules if Vancouver is selected as a hub city for the restart of the National Hockey League later this year.

“Teams would have no contact with the public, with no spectators and no families,'” she said.

Players and staff would also be subject to “intense screening and testing for the entire time” they are in B.C., she said.

There are also restrictions on self-serve and buffet areas.

Earlier Thursday, the BC Coroners Service announced it had recorded the highest number of illicit drug overdose deaths in a single month, reaching the grim milestone in May.

The coroners service says 170 people died in May, compared with 76 deaths in February as concentrations of the deadly opioid fentanyl have increased.

It says in a report that the number of deaths in May were 93 per cent higher than a year earlier.

May’s death toll is higher than the total amount of people who have died from COVID-19 in B.C. this year.

“I cannot express how difficult this news was to hear,” Henry said, her voice breaking. “I share your grief. These are our brothers and sisters, our coworkers … our friends and our community.”

Fentanyl-related fatalities spiked after the province allowed a safer supply of drugs to be prescribed in April amid concerns about the sale of more toxic illegal substances during the COVID-19 pandemic.

Henry acknowledged that the COVID-19 pandemic has only worsened the overdose crisis. More people are using drugs alone because of physical distancing measures and drug toxicity is increasing.

New provincial guidelines mean doctors can prescribe substitute medications including hydromorphone for users of opioids but advocates have said greater access to pharmaceutical-grade heroin is needed.

Nearly 4,500 people have fatally overdosed on fentanyl in B.C. since 2016, when the province declared a public heath emergency.

Henry also said Thursday it’s important to look at alternatives to the criminal justice system, repeating her call for the decriminalization of drug possession. She said there have been no overdose deaths at supervised injection sites.

“We must eliminate the stigma and the shame of drug use,” Henry said, adding that could mean people can reach out for help without fear.

She said it is human connection that helps us address addiction. She said unless we connect with people, we can’t help them with underlying problems.

She urged people who use drugs to call 811 for help, to use overdose prevention sites and to seek out the legal prescription alternatives that are now available.

According to researchers with Johns Hopkins University and Medicine, the number of COVID-19 cases worldwide is more than 7.4 million, with over 418,000 deaths. 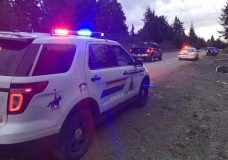 Impaired driver in Colwood turns out to be alleged drug trafficker 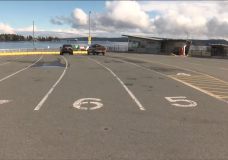