A “cutting-edge” Victoria pilot project that allows drug users to know exactly what is in the street drugs they’re consuming is getting a funding boost from the B.C. government.

The provincial government says it is investing $305,000 in HarmCheck — a technology considered to be a “high-throughput paper spray mass spectrometry” that provides rapid, sensitive testing, developed in Nanaimo at Vancouver Island University.

Armin Saatchi is among those who have been using a triple-quadruple mass spectrometer to check street drugs for harmful substances during the past four years.

“This is the next step forward in terms of informing a group of people who, through lack of access to information and various socio-economic and political factors, have been suffering a tremendous loss of life,” said Saatchi.

The Vancouver Island Drug Checking Project has been checking street drugs at its Victoria, Cook Street location, but starting this fall the VIU technology will be onsite and it will be able to more accurately identify the substances in a drug and their amounts.

“Many of the techniques could say, let’s say a type of fentanyl is present in a sample, but couldn’t identify whether it’s acetyl fentanyl, fentanyl itself, carfentanyl, cyclopropyl fentanyl. There are 1,400 different types of fentanyl or more out there and they all have different toxicities,” said Dr. Chris Gill, co-director of VIU’s Applied Research Laboratories.

And the results will be provided quickly.

“You could actually bring your drug in [and] have an answer in minutes as to what’s there and how much is there and make a better choice whether that drug is safe to use, whether they use less, whether they discard,” said Gill.

HarmCheck only needs a small sample of drugs to deliver highly accurate results, the government says, and almost 2,000 samples have already been tested for people in Victoria.

“Possibilities include scaling up the harm-check prototype and implementing it in all parts of the province with the potential to save more lives,” said Mental Health and Addictions Minister Sheila Malcolmson.

Malcolmson was among those who got a demonstration of a drug test. She says it’s among the tools her government has funded to tackle the drug overdose crisis, a crisis that saw a record 851 people die in BC during the first five months of this year. 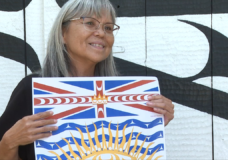 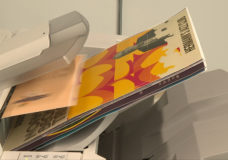