Drug checking centre opens in Victoria with its own storefront

A free drug checking centre that tests substances to determine what’s in them has opened its doors in Victoria.

“We want people to have access to some quality controls in the illicit market,” said Piotr Burek, service coordinator for the Vancouver Island Drug Checking Project that runs the site. “We want people to know what they’re taking.”

The team at Substance UVic, the new centre, takes a sample of the drug, test it and tells users the main active ingredients and if there are any contaminants, additives or presence of fentanyl.

Up until now, the Vancouver Island Drug Checking Project was operating primarily in overdose prevention sites.

Substance UVic is one of the first storefront locations of its kind in the province, modelled after a similar project in Vancouver.

“We think that it’s really important to have a visible presence to destigmatize substance use and destigmatize access to harm reduction,” said Burek.

People that access the centre need to provide a small sample to get their results within 15 minutes.

The drug-checking process starts with a machine that uses infrared light to determine the contents of the sample.

“We take the sample, we put a small amount on [the machine], and it shines a light on it,” explained Jarred Aasen, pharmacist and drug checking technician. “It gives you kind of a signature pattern that we can [see] on the computer and it matches against the library of knowns.”

That way, the technician can match it up against other signature patterns and confirm the drug’s identity.

The sample is also run through a strip test to determine if there is any fentanyl in the street drug. The information is shared with the user and the sample may be sent away for further testing if required.

“A lot of our technologies vary depending on what is brought in the door,” Aasen noted.

Substance UVic is on the corner of Cook Street and North Park and opened its doors for the first time this week, as the province reported its deadliest February since the overdose crisis began.

There were 155 suspected illicit drug overdose deaths last month, according to the B.C. Coroners Service. In February 2021, that number was 75.

“The product that’s actually hitting the street is not the same as it was a year ago,” noted Fred Cameron, operations manager at SOLID Outreach Society. “People don’t know what they’re getting and it’s too late by the time they inject it.”

Supply is inconsistent, he added, and much of it is stronger than before and mixed with other substances.

That’s why drug checking work like that of Substance UVic is so important, Cameron explained.

“It gives us real-time information as to what is in the supply, so if we start seeing adulterated samples coming in, we get that out to the safe consumption site and we let everybody else know,” he said. “And by word of mouth we can hold the whole marketplace accountable.” 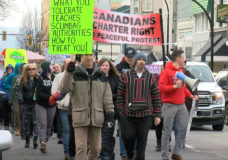 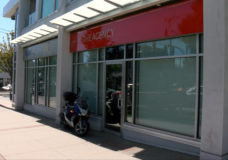