B.C. has seen over 850 deaths from drug overdoses in 2021, most ever reported in the first five months of a year

The BC Coroners Service has released the monthly report on illicit drug toxicity deaths for May 2021 and the data continues to paint a grim picture.

In the report released on Tuesday, the BC Coroners Service says that illicit drug toxicity deaths reported over the course of the month were at least 160.

The death toll equates to 5.2 people per day to illicit drug overdoses. The 160 deaths are also the second-most ever recorded in the month after May 2020 (177 deaths).

Between the months of January and May in 2021, British Columbia has now lost 851 lives to drug overdoses — the most ever reported in the first five months of a calendar year, surpassing the 704 deaths reported in January-May 2017 by almost 21 per cent.

“More than five years into this public health emergency, we continue to lose our loved ones, friends and neighbours at an almost unimaginable rate,” said Lisa Lapointe, chief coroner, BC Coroners Service. “There is no way to measure the catastrophic impact that the loss of these lives have had on every community in our province. Today, I grieve with all those who have lost someone close to them as a result of this crisis.”

“It’s discouraging to be honest with you. We’ve got more people on the ground right now. There’s so much in terms of service. We’re working as hard as we can, but there’s a toxic drug supply and the number of deaths is just overwhelming,” said Fred Cameron, the group’s operations manager.

He said the pandemic played a huge role in the spike in numbers, but Bruce Wallace, an associate professor of social work at the University of Victoria and scientist with the Canadian Institute for Substance Use Research said there’s more to it than that.

“We’re still criminalizing people year after year and we’re still calling drugs illegal and that just seems like that needs to change for some of the efforts that we’re doing, such as drug testing, safer supply or overdose prevention sites to really have the impact they need,” he explained.

He said fentanyl isn’t the only unpredictable substance to worry about as there is another drug that has been recently introduced in supply complicating the crisis.

“We know now that benzodiazepines are within the opioid supply and that’s been new since the beginning of the pandemic,” Wallace said.

According to the BC Coroners Service, every health authority in the province has recorded a death rate greater than 33.6 per 100,000 residents, the previous provincial high established in 2020.

The Coroners Service says that the variability of the drug supply continues to post a major threat to substance users with 27 per cent of the samples test in April and 25 per cent of samples tested in May containing extreme concentrations of fentanyl. This marks the highest rates reported since at least the beginning of 2019.

Carfentanil — a more potent analogue of fentanyl — has now been detected in 75 deaths in 2021 after being identified in 65 investigations in all of 2020 and 60 per cent of returned tests in May were positive for benzodiazepines — a drug that creates significant life-saving challenges for first responders when used in combination with opioids.

“As the COVID-19 pandemic begins to wind down, we must turn our attention to combating B.C.’s other public health emergency with the same sense of urgency,” Lapointe said. “We need to ensure that safe alternatives to toxic illicit drugs are available throughout the province and that we are taking meaningful steps to reduce stigma and offer substance users access to the supports they need and are seeking.”

May 2021 marks the 15th consecutive month that British Columbia has experienced more than 100 deaths per month due to drug toxicity.

To view the full report from the BC Coroners Service, click here.

Restrictions on gatherings, concerts loosen as B.C. moves into Step 3 of restart plan 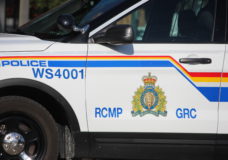