Constituency staff who run the offices of B.C. New Democrat MLAs have voted to strike, after a year of failed negotiations with politicians on a new collective agreement.

The constituency assistants voted 94 per cent in favour of striking in a vote last week, setting up the potential that the community offices of 57 NDP MLAs, including 12 on Vancouver Island, could soon fall behind picket lines.

“We have reached impasse that has led to the bargaining unit constituency assistants taking a strike vote, and we received a very strong strike mandate from those members,” said Stephanie Smith, president of the B.C. General Employees’ Union, which represents the assistants.

“It shows that they are incredibly unified and wiling to do what is necessary to see a collective agreement that addresses those outstanding issues for them.”

There are more than 173 constituency assistants in NDP MLA offices. The same jobs in BC Green and Liberal MLA community offices are not unionized.

Key issues during negotiations involved health and safety of staff when MLA offices are protested or occupied by protesters, mental health supports and severance.

But the main sticking point has been wages. NDP constituency assistants are currently paid between $26.55 an hour and $31.47 an hour, depending on experience.

They want an eight to 16 per cent increase to bring them into line with the salaries of B.C. NDP caucus staff at the legislature as well as federal NDP MP constituency staff, said Smith.

The pay increase would also acknowledge the evolving role of the constituency assistant as a vital link between the public and government services during the recent COVID-19 health crisis and the ongoing wildfire emergency, said Smith.

“It really is about having wages and kind of the recognition that is commensurate with the responsibility and job duties,” she said.

“They truly are the anchor for government constituencies. And without their work it would be really hard to imagine how citizens would connect with government in a really meaningful way.”

The employer in the dispute is the NDP MLAs, who each receive $145,900 annually from the legislature to pay staff, run their offices and advertise in their communities.

They say they can’t afford such a large wage increase, and are offering the same “sustainable services” bargaining mandate settlement that the rest of the public sector unions signed after 2019, which amounts to roughly a two per cent salary increase per year.

“We’re pretty disappointed that we’re here and so far apart after quite a long time of negotiating,” said Roseanne Moran, executive director of the B.C. NDP caucus and spokesperson on the negotiations.

The MLAs asked the Labour Relations Board for mediation, which is set to begin July 15.

If it fails, constituency assistants are only required to give 72 hours notice before a strike. 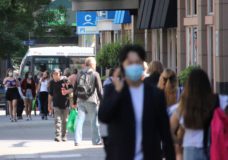 B.C. reports 87 new COVID-cases over the weekend, one in Island Health 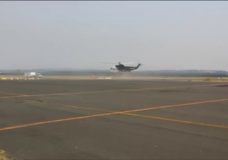