June 24, 2021 updated
Shanice O'Laney/Facebook
Mike Flannigan has been a professor of wildland fires at UofA since 2012

A wildfire researcher and expert on wildfire behaviour and landscape fire modelling has been named the B.C. research chair in protective services, emergency management and fire science at Thompson Rivers University (TRU).

According to the B.C. government, Mike Flannigan will work to develop methods to help predict where and when extreme fire weather might occur and where flames might start in those conditions. They say he will also be exploring an early wildfire warning system, starting in July.

Flannigan has been a professor of wildland fire at the University of Alberta and a research scientist with the Canadian Government since 2012. He says he’s looking forward to working with BC Wildfire Service during this time.

“This is an exciting opportunity to collaborate with the BC Wildfire Service, emergency management agencies and academic institutions,” said Flannigan in a press release Thursday. “The wildfire landscape is becoming more challenging and demanding due to climate change, so I’m excited to help shape the future of wildfire prediction and analysis as part of a collective research effort.”

The province says Flannigan will work with BC Wildfire Service to work on challenges in predicting wildfire activity and behaviour.

They say his appointment aligns with the 2018 Abbot-Chapman report to increase and sustain funding for fire research.

“Too many British Columbians have seen the devastating impacts of wildfires and the havoc wreaked on people’s lives, homes, local economies, wildlife and the environment,” said Anne Kang, minister of advanced education and skills training in the press release.”We’re fortunate to have the experience of Mike Flannigan assume this new research chair, the first of its kind in B.C.”

The decision is part of the province’s over $20-million investment to reduce risks around communities and predicting wildfire activity.

The province contributed $5 million to the research chair in July 2020.

The other $15 million is through the Community Resiliency Investment (CRI) program, which gives grants to 118 local governments and First Nations to help fund their wildfire risk initiatives. 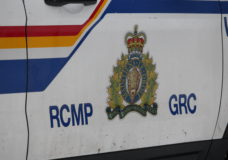