As flags lower nationwide for Kamloops residential school victims, some wonder why it took so long

Posted: May 30, 2021 5:55PM | Last Updated: May 30, 2021 7:09PM
CHEK
WatchThree days after the remains of 215 Indigenous children were discovered near a residential school in Kamloops and publically announced to the world, memorials and symbolic gestures have been appearing nationwide.

Three days after the remains of 215 Indigenous children were discovered near a residential school in Kamloops, memorials and symbolic gestures have been appearing nationwide.

“It was really traumatic and I sank into a deep sadness that I’m still trying to climb out of,” says Dr. Robert Joseph, a residential school survivor and Chief of the Gwawaenuk First Nation.

The bodies were located near the Kamloops Residential School earlier this month using ground-penetrating radar, with the discovery being made public by the Tk’emlúps te Secwépemc First Nation on Thursday.

A day later, Prime Minister Justin Trudeau called the discovery, which has made headlines around the world, a “painful reminder of that dark and shameful chapter of our country’s history.”

Steve Sxwithul’txw, a residential school survivor who was only five years old when he was taken from his family in Duncan during the 1970s, called the discovery haunting and felt Trudeau’s response didn’t go far enough.

“This is a mass grave of our people and lost souls that weren’t able to get home,” said Steve Sxwithul’txw, a residential school survivor, who was only five years old when he was taken from his family in Duncan during the 1970s. “They were daughters, sons, nephews, cousins. So [Trudeau’s] response, in my opinion, was weak.”

Trudeau went a step further on Sunday, requesting that flags on all federal buildings be flown at half-mast.

“To honour the 215 children whose lives were taken at the former Kamloops residential school and all Indigenous children who never made it home, the survivors, and their families, I have asked that the Peace Tower flag and flags on all federal buildings be flown at half-mast,” Trudeau said in a statement Sunday.

The City of Victoria, City of Nanaimo, District of Central Saanich as well as provincial governments nationwide also announced plans to fly flags at their municipal facilities at half-mast as well.

However, it took nearly four full days since news broke of the mass grave for the federal government — as well as many provincial, municipal and other organizations — to make such symbolic gestures.

Joseph points out that country went into an immediate standstill and mourning a few years ago when the Humbolt Broncos team bus crashed in Saskatchewan, killing 16 players.

Both Joseph and Sxwithul’txw agree that moving forward the federal government needs to answer the more than 90 calls to action spelled in the Truth and Reconciliation Commission‘s report on residential schools, released in 2015.

The nearly 4,000-page account details the harsh mistreatment inflicted on Indigenous children at the institutions, where at least 3,200 children died amid abuse and neglect.

“We’re hoping that we would see more positive steps in terms of embracing the calls to action, but it’s not happening,” said Sxwithul’txw.

With files from Kori Sidaway/CHEK News and The Canadian Press 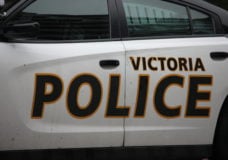 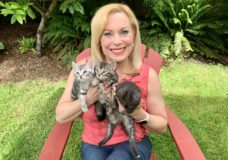