A BC Supreme Court judge has sentenced Andrew Berry to life in prison with no possibility of parole for 22 years.

Berry will be 67-years-old when he becomes eligible for parole. He stood quietly in court when his sentence was read Thursday morning.

Sentence to be served concurrently on both counts of second degree murder. Berry will be 67 years old when he becomes eligible for parole. He stood quietly while his sentence was read. @CHEK_News

“It’s been a really difficult time and I think I’m really pleased to be finished the trial because that took a lot out of all of us, and now I think it’s a time we can maybe move forward in a more significant way to start healing,” said Sarah Cotton’s friend Trisha Lees.

Second-degree murder carries an automatic life sentence, but parole eligibility ranges from 10 to 25 years. The judge also had to decide whether the sentences should be served consecutively or concurrently.

B.C. Supreme Court Justice Miriam Gropper told Andrew Berry that he committed heinous crimes against his daughters as she sentenced him today in Victoria.

“The girls were killed in their own beds, in their own home, where they had every expectation to be safe,” Gropper said.

The Crown was asking for no parole eligibility for 21 to 24 years. Berry’s defence lawyer, Kevin McCullogh, told the court his client maintains he is not responsible for killing the girls and asked for 15 to 20 years before Berry would be able to apply for parole.

The trial heard each girl had been stabbed dozens of times and Berry was found naked and unconscious in the bathtub of his Oak Bay apartment suffering from stab wounds to his neck and throat.

Sarah Cotton, the mother of the girls, told a sentencing hearing this week that the children were so full of love and her life has become a nightmare of profound pain and sadness since their deaths.

Oak Bay’s Deputy Police chief was emotional as he spoke outside the Victoria Law Courts following the sentencing.

“We extend our thoughts to Sarah, and to all the victims, that we at the Oak Bay Police department have not stopped caring about Sarah and I can assure you never will, we almost see her like one of our extended family now,” said Oak Bay Deputy Police Chief Ray Bernoties.

“Two precious innocent little girls were taken from our community and, we’ll move on together.”

Berry claimed at his trial that he and the girls were attacked because he owed money to a loan shark.

The Crown told jurors the motive was anger towards Berry’s ex-partner, who he thought was going to end their joint custody agreement.

His lawyer told the sentencing hearing that Berry maintains he did not kill the girls. Berry has since filed an appeal of both his conviction and his sentence.

The girls’ mother, Sarah Cotton, released the following statement after the sentencing:

“While I am so relieved that this part of the judicial process is over, there is no length of sentence that is appropriate for the depth of the crimes Andrew committed. Having said this, I support the sentencing decision made by Madam Justice Gropper this morning. Chloe and Aubrey lost their lives in the most brutal way at the hands of their father, I have lost the life that I loved and knew, and I do not believe that Andrew, who has shown no remorse and a complete disregard for the lives of our daughters, should ever get a second chance.

I want to extend my deepest gratitude to Crown Prosecutors Patrick Weir, Clare Jennings and their entire team for their tireless efforts and true professionalism. I could not have asked for a better or stronger team to ensure there is some level of justice for my girls. I am so grateful to all of the witnesses who came forward on behalf the Crown to stand and speak the truth.

I would also like to thank Vancouver Island Integrated Major Crime Unit for their diligence and hard work in seeing this through.

I believe the family law system and the Ministry of Children and Family Development (MCFD) failed us leading up to the girls’ deaths. I did everything in my power to keep my children safe. However my concerns made to MCFD about my children’s wellbeing in their father’s care and Andrew’s mental health fell on deaf ears. Then my concerns that he had a personality disorder were not brought forward in any significant way through the family court process. I can only hope that changes will be made throughout the family law system so that tragedies such as ours do not happen again.

To echo the remarks of Dan Cunningham, whose daughter Charlotte died in September 2015, changes need to be made to legislation governing divorce and separation, mediation, parenting time and access to children. It is an incredibly acrimonious system and one that favours equal parenting time over the safety and wellbeing of the child. We must learn from all of the mistakes in these types of family law cases in order to ensure children are safe, cared for and out of danger.

I want to thank my community of Oak Bay, especially all the first responders for their strength, bravery, courage and sensitivity throughout this horrific tragedy. This community including my neighbours in Oak Bay have held me up and embraced me the last two years – I have felt so protected. And to everyone in Victoria and beyond for their unending support – I am eternally grateful and so blessed to have been touched by so many of you.

I ask for privacy for myself and my loved ones as we move into the holiday season. I hope to find a little bit of peace in the coming year and hope that we can all heal as we move forward.” 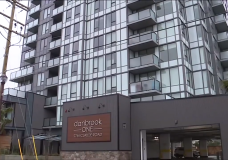 Langford rental building 'may' not be safe, say engineers 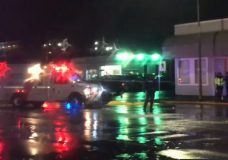