Posted: Jan. 8, 2021 5:47PM
File Photo
After 36 years, the final episode of Jeopardy featuring Alex Trebek, who lost his battle to caancer, is set to air tonight

For 36 years, right after dinner, millions tuned into Jeopardy with Alex Trebek.

Far from the glittery lights of Hollywood, Sooke resident Matthew Levine, grew up watching the show.

“It’s something that I will remember the rest of my life. And those 20 to 30 minutes that I was up there. It was a very iconic and important moment.”

In 2010, after a series of months of tests, and many auditions, Levine was one of three contestants on the show.

He remembers every moment of that episode taped ten years ago in Los Angeles.

“It was surreal. It was very much like an out-of-body experience. Because I had watched Alex Trebek for the previous 26 years or so. So, actually meeting someone who was that much of an icon, it was amazing.”

Levine is a second-generation contestant, as his father also appeared on the show in the 1980s.

UBC Classical Studies Professor Toph Marshall says Trebek’s success was due to his ability to come across the screen as gentle, and kind.

“If everyone can answer at least one or two questions in a given board we feel we are smart. And it makes us satisfied. And more importantly, we feel we could have almost answered the next one. Or the final jeopardy question, even if we know deep down in ourselves that we couldn’t,” said Marshall.

The last episode featuring Trebek is set to air on Friday night weeks after Trebek lost his battle with cancer in late 2020.

The show will still go on, but it won’t be quite the same.

Tune in to CHEK at 7:30 in order to catch Trebek’s last show. 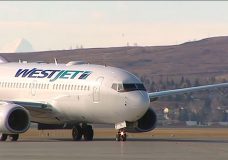 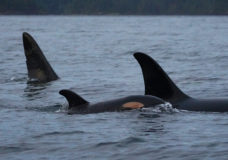