Posted: Dec. 15, 2021 6:11PM
CHEK
WatchA Nanaimo retiree, who has already undergone one cancer surgery and expecting more treatments in the New Year, is reeling from a scam that's cost him his life savings of $100,000. Skye Ryan has more.

A Nanaimo retiree, who has already undergone one cancer surgery and expecting more treatments in the New Year, is reeling from a scam that’s cost him his life savings of $100,000.

“It means quite a bit when you’re retired and you found out you got cancer. I can’t really go back to work now,” said 74-year-old Robert, who asked that CHEK News protect his identity.

The scam started in late September when the retired electrician went on his computer to find a cryptocurrency trading site. He thought he’d found a reputable one, and provided his email, his phone number and to verify his identity, he shared a picture of his driver’s license. Then came a phone call, where he agreed to invest $250, and he gave out his IP address so the trader could set it all up.

“I’d get a phone call and he’d say turn on your computer I’m going to show you how good the markets are doing and then he took over my cursor because he had already planted a little thing in the computer,” said the 74-year-old Nanaimo man.

According to Nanaimo RCMP, you should never do that.

“If you are giving access to your computer via an IP address, extremely dangerous. Run as far away as possible. That is not something that is allowable, because they can put malware on your computer, they can control your webcam,” said Const. Gary O’Brien of Nanaimo RCMP.

With complete and total access of Robert’s computer, the scammer accessed emails, bank accounts and emptied out every source of content and cash in a dizzying amount of time.

Robert said he only became aware when he got an alert from his bank two weeks later and that when he asked the bank what was going on, they told him that his money was gone.

“They cleaned out my savings account, my chequing account, charged up my credit card to the max and then went into my line of credit, which I’ve never used,” said Robert.

According to the retiree, his bank, BMO, has refused to refund him any of the lost funds.

“They’re saying I assisted somebody to get into my online banking which I didn’t even know was happening,” he said.

BMO did not return CHEK News requests for comment.

Meanwhile, Nanaimo RCMP says it is investigating the matter and is considering sending the file to National RCMP investigators, as they fear there are many more victims like Robert out there. 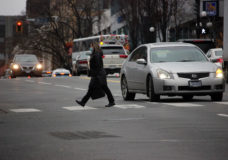 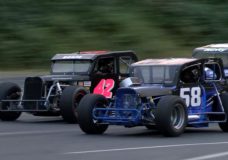