As Westshore Motorsports Park prepares for its final season, one group of enthusiasts and businessmen are coming together to find an alternative racing venue.

For nearly 70 years, the Langford oval has been the South Island’s place to race.

But after the 81-acre parcel of land the track sits on was sold to developers earlier this year, the facility suddenly had an expiration date.

“It was pretty heartbreaking, I mean this place is a huge part of a lot of people,” says track general manager Daryl Crocker.

“There’s going to be a lot of tears come the end of next season.”

But there’s still hope for racers and fans.

The Bastion Development Corporation and Strand Holdings, the speedway’s new owners, are allotting $2.5 million to a non-profit society approved by the City of Langford to find a new location.

That’s where the Vancouver Island Safe Speed Association comes in.

“It is a non-profit society [and] we’ve got some members on board already,” says VISSA vice-president Jason Frost.

“We would love to have some volunteers down the road and of course some community partners.”

“We know the big history of Western Speedway and Westshore … that’s been here long before any of us.”

The society’s current plans for a new facility include a short oval track, an integrated road course, drag strip and a family RV park. It’s a vision that the City of Langford is open to.

“We’re working with anybody that’s got ideas or tracks of land that would work for a speedway,” says Langford Mayor Stew Young.

“You know just contact that organization with the speedway there [VISSA], the non-profit, and just work with them.”

As for where the proposed location will be?

“Sort of north Langford [or] south Shawnigan sort of area,” says Frost. “Hopefully close to where the racing community already is which is Langford, so we want to keep it there ”

To keep up to date on the project, visit the Vancouver Island Safe Speed Association website. 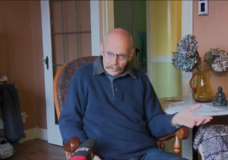 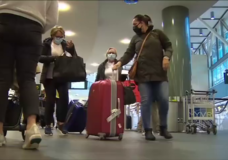