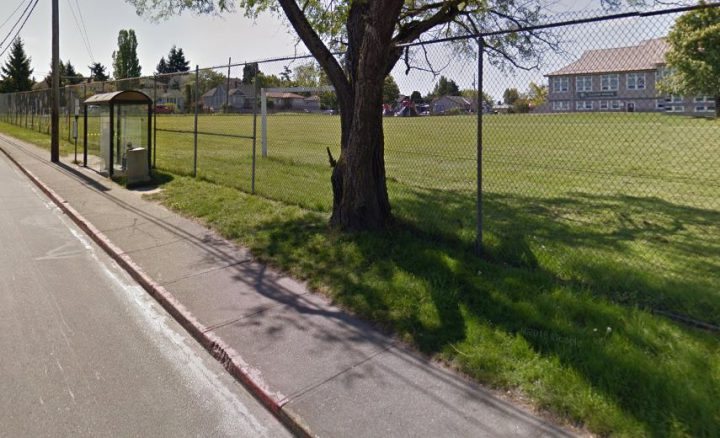 The bus stop in front of Tillicum Elementary School where the suspect allegedly grabbed the boy. Credit: Saanich Police

Saanich Police are searching for a man who allegedly grabbed a 12-year-old boy while he was waiting at a bus stop in front of Tillicum Elementary School Thursday evening.

Police said the boy had been at the bus stop alone for a few minutes when the suspect approached him and asked him if the was travelling downtown. The boy told the man he wasn’t.

The boy told police the man made some nonsensical conversation but essentially said he wanted the boy to go downtown with him. Police said the boy was uncomfortable and started to walk away.

According to police, the man then grabbed the boy by the shoulder, pulled him slightly, and said something like “You’re coming downtown with me.” The boy ran toward an open business and called his mom. The mom called police.

“In this particular situation, the boy has done everything right and should be commended for his actions,” Leslie said.

“He felt uncomfortable with the situation, he recognized that, quickly left and then sought help.”

The suspect is described as white, in his 60s, having a possible partial beard with white facial hair and a slender build. He was wearing a blue baseball cap, a blue pinstriped collared shirt with white accents and was carrying a black umbrella with orange polka dots. 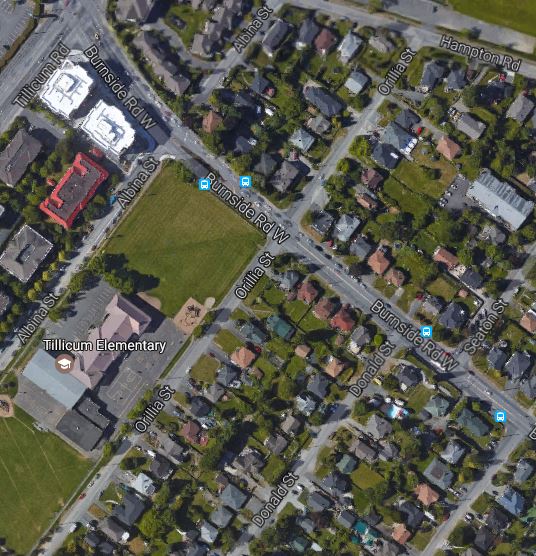 A satellite view of the bus stop in the 200 block of Burnside Road West. 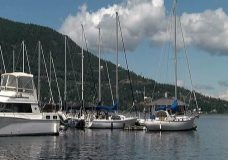 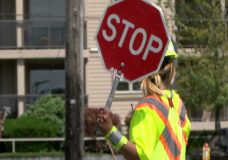