Silhouetted against a clear sky,  a helicopter lifts off carrying a full load of garbage.

It’s one of many trips lifting consumer goods like fridges, littering the rugged coastline of Cape Palmerston.

“All right up onto the surf there was like inflatable toys, boots, garbage and plastic, and gravy packets that had busted open, so all you could smell was beef bouillon on the beach. It was gross,” said Graham Byatt who drove from Port Hardy to Cape Palmerston on Sunday to help with the shoreline cleanup.

Byatt says one most pristine beaches on Vancouver Island’s west coast looked like a junkyard with consumer product scattered on the shore.

The garbage is the remnants from containers that washed ashore after the freighter the Zim Kingston lost hundreds of shipping containers in stormy seas over a week ago.

Now, the large cleanup is underway.

“They had popcorn styrofoam, like you touch it and it just crumbles into the tiny popcorn balls. It’s all pebble beaches out there so you’re just digging through the rocks. It was a mess,” said Byatt.

As of Monday, a total of 71 fridges, 81 bags of styrofoam, 19 bags of garbage, and 11 helicopter bags were flown off the Palmerston area.

“Exactly the thing you don’t want in the marine environment when you have animals and birds who can mistake it for food,” said Karen Wristen, executive director of Living Oceans Network.

On-site removing debris since Friday are local First Nations, the Department of Fisheries and Ocean’s (DFO) Environmental Unit, volunteers, and the companies contracted to do the cleanup.

And as things progress, locals are bracing for a long and difficult recovery.

“The potential for a massive mess for years is huge unless containment is happening right away,” said Jill Laviolette.

However, 105 containers still remain uncounted for.

“The incident command post continues its search for additional floating or beached containers. If members of the public do encounter a container, they should avoid opening the container and call 1-800-889-8852 immediately,” said the DFO in a statement Monday.

The DFO is reporting that all large debris is now off the Palmerston area beaches.

Their focus now is shifting to getting the containers themselves off the beach, and cleaning up nearby Guise Bay which reportedly was hit as well.

Transport Canada is reviewing their inspection of the Zim Kingston they just conducted Monday. 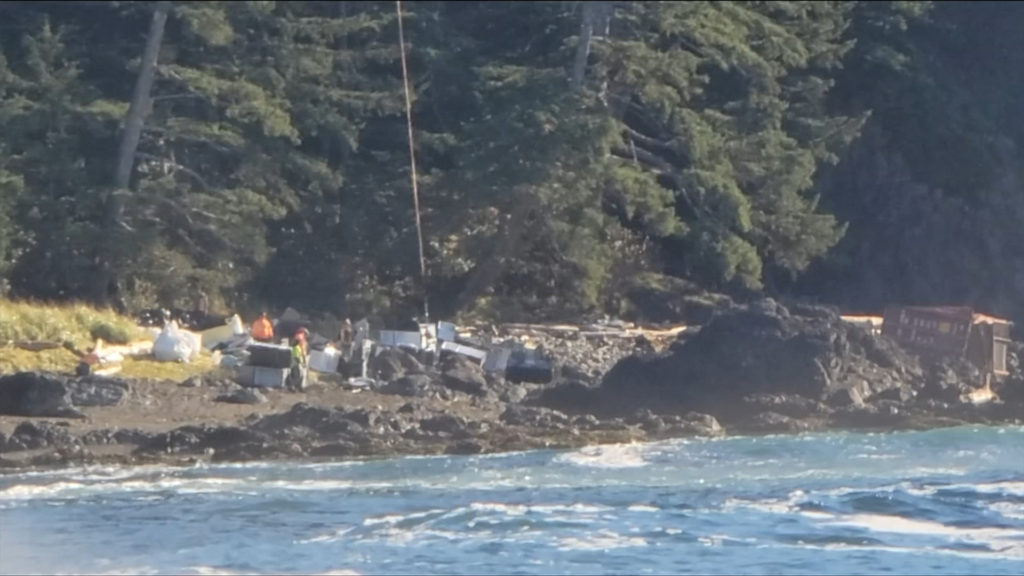 As of Monday, a total of 71 fridges, 81 bags of styrofoam, 19 bags of garbage, and 11 helicopter bags were flown off the Palmerston area. 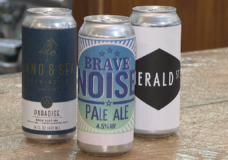 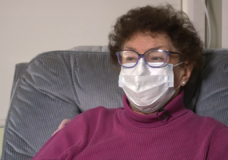 'It cost me my life': Saanichton grandmother speaks out about shocking cancer misdiagnosis