Tanya Descoteau Witt and Mereta Witt’s father, Ove Witt, trained as a cheesemaker in Copenhagen, but there were few opportunities on post-war Denmark.

And, as his daughter Mereta explains, “the riches of America were calling.”

Ove arrived in Canada in 1951, at age twenty-five, worked hard to learn english, and accepted any job that came his way.

“He worked as a swamper” says daughter Tanya, “he made dynamite on James Island…”

“He just kinda did odd jobs until he decided to go get his massage ticket” says Tanya, “and then opened the Health Club.”

“So there was a gym, and sauna, a pool…” explains Mereta.

Ove did break his leg at one point, but talk about a blessing in disguise!

He fell in love with the beautiful student nurse assigned to him.

Marian had to quit her studies to become his wife, as student nurses were not allowed to marry at that time.

Ove and Marian had four children, although the girls admit, dad wasn’t around much.

Hotel guests and celebrities worked out at Ove’s Health Club, including Bob Hope and Jayne Mansfield!

Mereta explains that “he trained wrestlers, and hockey players, and swimmers…”

The swimmers including Bert Thomas, the first man to swim across Juan de Fuca Strait in 1955.

“My dad was in the rowboat” explains Tanya, “and of course trained with him prior to that.

“He also was in one of the boats next to Marilyn Bell. He wasn’t her trainer, but he was alongside.”

Considered a local fitness and health guru, Ove hosted his own TV show on CHEK TV!

Tanya says it was “a daily exercise show, Monday to Friday at 10 o’clock.

“He was a real advocate for healthy living.”

Mereta agrees, and adds that her dad “was always giving back to his community and to his new country.”

Ove even found time to become a Victoria City Alderman.

“He had big plans” says Mereta. “He had no intention of dying that young, it was quite sudden, and obviously very sad.

“But he left a mark, for sure, in his short life.” 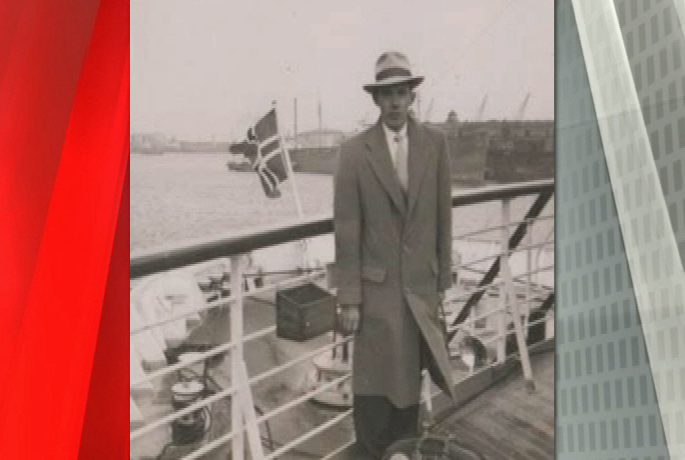 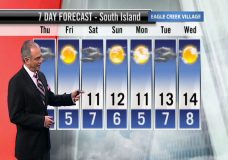 Ed's Forecast: Some sunny breaks are due again tomorrow but full sunshine by Friday 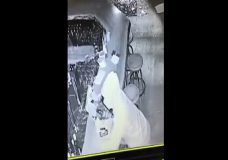