The I Love First Peoples Shoebox campaign began just a few years ago, and is quickly become a national movement.

“It’s been rolling out since 2014, and we started the Victoria chapter on October 29 of this year,” explains Lynn Cole.

Cole volunteered to organize the chapter in Victoria.

“I was really moved into action from Gord Downie’s call for ‘reconcili-action’ to do something.” she said.

She learned of the campaign to send educational gifts to children in northern communities on Facebook “And the closest chapter was in Vancouver, so I put my hand up and said ‘if you need a chapter coordinator in Victoria, I would be more than interested in supporting this’.”

So what should shoeboxes be filled with?

Cole has moved many others to action, including many schools across Greater Victoria, such as Victoria High School.

Grade 12 student Nicholas Sandor is pleased to be part of the ILFP Shoebox campaign. “Throughout all of high school we’ve learned a lot about reconciliation efforts for aboriginal people, and I think this is a great way to try and do what we can to give back.”

Victoria High School teacher Niki Lukat says that “The kids loved the idea that it was helping people in Canada, helping kids, and it was an initiative that would support education.”

The shoeboxes are collected in December, sorted in January, and delivered in the spring.

“The boxes that we collect in British Columbia go to British Columbia communities.  We have eight identified north of Smithers that have shown interest and have partnered for a long-term commitment with I Love First Peoples.”

Grade 9 Victoria High student Maiya Houston says that the students “learned about residential schools in school, and we really just want to help bring back happiness to the people that we hurt in the past.”

“This is a grass-roots movement that allows Canadians, Indigenous and non-Indigenous to partner together to make a change that’s tangible” says Cole. “It’s one step of the conversation.” 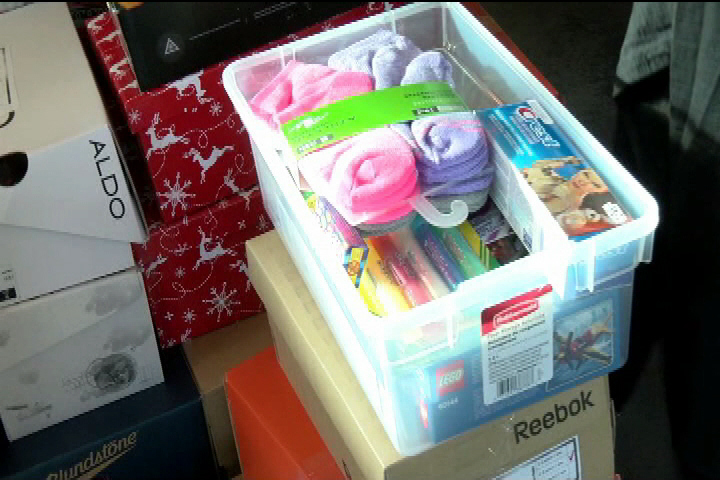 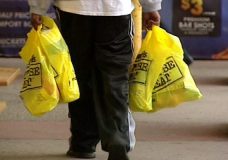 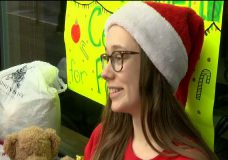