Protestors on Quadra Island are one of several groups in BC raising money to help two N.E. BC First Nations fight Site C dam.

A protracted legal fight by First Nations to halt the Site C dam could be costly, and it appears many British Columbians are more than willing to help them out.

A group of Quadra Island people opposed to Site C is collecting signatures and money in what’s called the Yellow Stake Campaign.

“I really respect the first Nations voice in it and think the government needs to listen to them more,” said Kathie Landry.

Landry, a Quadra Island resident, had just put $20 in a collection jar.

They say nine out of 10 people they talk to want the project halted.

The dam has been vigorously fought by both nations, whose traditional territory will be flooded by the Site C reservoir.

In addition to seeking a court-sponsored injunction the nations are also pursuing a civil case against the project, for treaty infringement.

He had previously said he was against the dam.

It’s a bitter pill that opponents of the dam still can’t swallow, which is why they’re happy to support the two First Nations that could represent the last chance to stop Site C.

“Any little bit will help and it also shows our support for them and that we?re standing in solidarity with them,” said Susan Westren.

“It will take away from the alternative sources like wind and solar and some of the others, because we have new places you can use those sources instead of building more dams. We already have enough dams on the continent never mind in BC,” added Daniel Bingham.

Bringing the Yellow Stake campaign to Quadra Island was also meant to get the attention of NDP MLA and Minister of Transportation Claire Trevena. 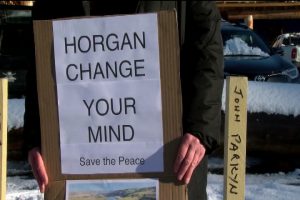 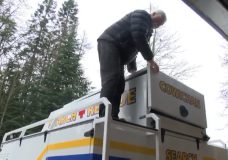 Cowichan Search and Rescue looks for new home base: 'It's very stressful for us' 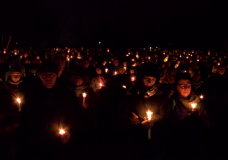